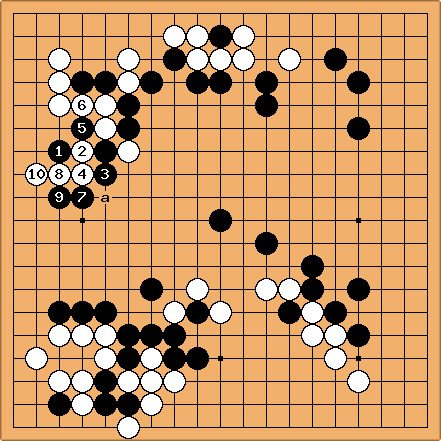 Alex: Looks to me like Black has a number of good options. I would probably instinctively play

immediately, but since you say it's a tesuji problem, something more clever is probably in order.

looks like a shape point to me, and White doesn't seem to have anything better than this sequence, which helps Black enclose a lot of territory in the left-centre. After

, the safe move is a, and Black's lead is enough that safe moves are probably the best plan.

tderz: Cutting point a is indeed a problem to be resolved in gote.
This sequence is not correct.

immediately" ... amazing!
Many people would descend to

. Could you elaborate further on 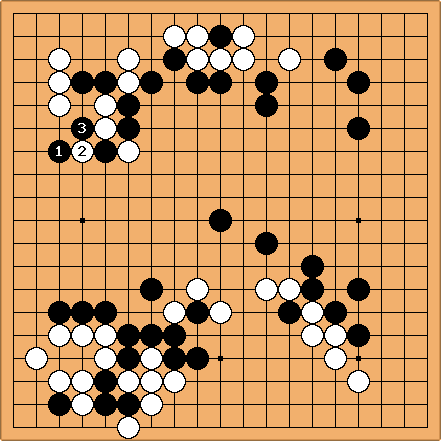 ilan: My instinct says to play 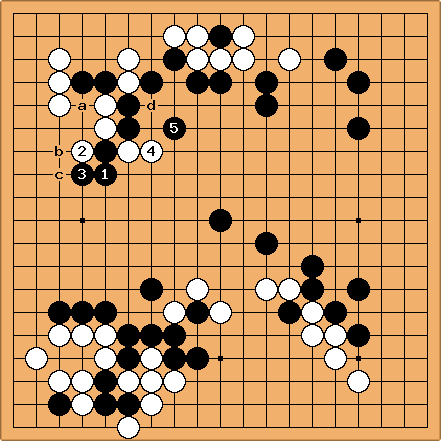 . However, when W responds at

, if Black plays at

would be sente, so this isn't acceptable.

is bad, though, because after Black blocks at

, even if White exchanges

, she'll have trouble pulling out her cutting stones and they won't have much value, since Black is strong enough on both sides. Meanwhile, Black will probably get to force at b or c, which is rather painful for White.

here is not the proper shape. The later

is aji keshi for the cutting points.
White will not play this way. ( 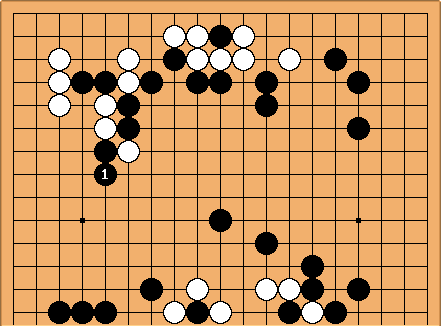 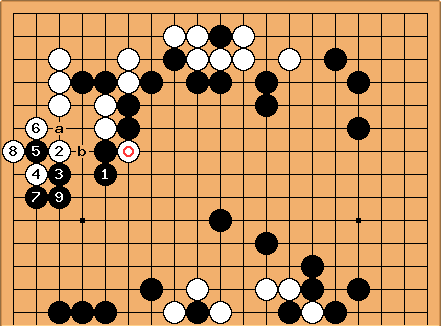 [10]Alex: If White plays the table point at

, Black can attach at

. There are many variations after this, but most of them seem to start a fight that is unreasonable for White because of Black's thickness on the left, so White does not seem to have anything much better than

, which lets Black make a lot of territory, albeit in gote. I don't think there's any need to capture White's marked stone at the moment.

. However, then Black would have the option of starting a large ko by resisting with a. I haven't taken the time to count threats, so I don't know whether it's worth the risk for White.

Alex: My thinking behind

instead of b is that b will still be sente later, since the follow-up is about 10 points sente, so maybe it's best to keep it around as a ko threat. However, that was assuming that Black would take gote and connect at

. If the plan is to tenuki, I guess you probably need b first, or else whatever tesuji you have in mind for the next problem may not work. 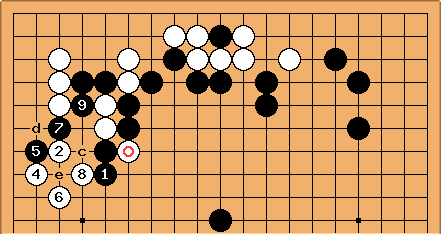 without ko. This is big.
Of course, it's better to exchange first -c-d-e before that (ko). 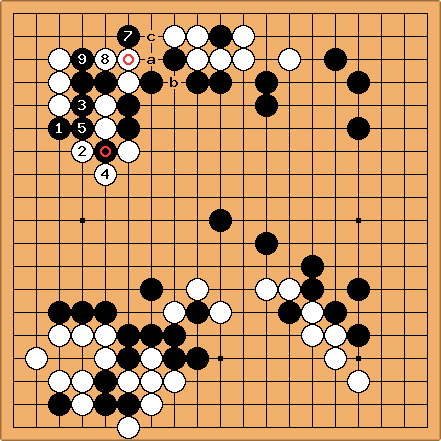 [20]zinger: At a glance, I considered

the obvious move, and indeed I'm still not finding much better. Here is one other possibity I thought of, but I have my doubts about it - white is more likely to play

at b, then c, and black doesn't seem to have accomplished much. I'm looking forward to the solution. 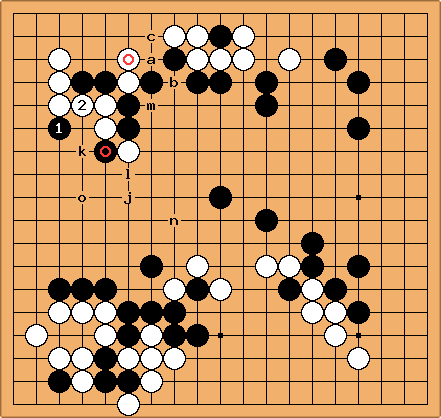 here? ("Connect your own stones, leave the cutting points to the other.")
If

at k, white could create a triple miai (o, m or around n) with l or j. 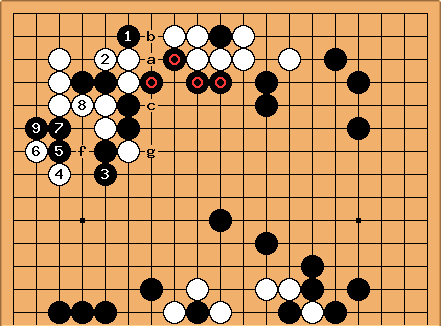 is a kind of tesuji, but is it aji keshi? After

White can respond with

. The side is larger than the four

it's a difficult fight.

to the rest, this while already 1 white move a would be sente (of course this would be aji-keshi too).

here (if he wanted to resist too much). 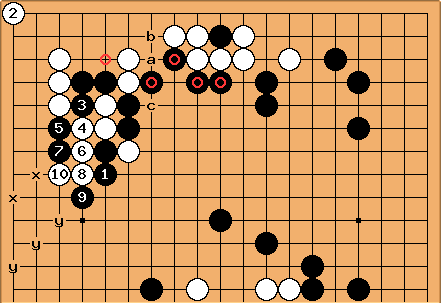 tderz: a white stone on 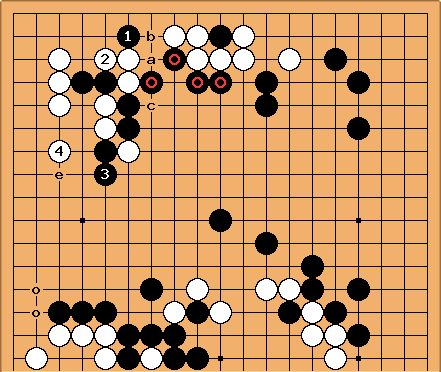 tderz: Despite that the ladder aji is gone after

, White will still play this

here (safe).
White does not need to extend to e (unsafe), because Black has a (double) open skirt (

So, my original question was meant to be:

During the game I thought that the variation [10] (with a little difference, cf. /solution is the solution.
Now I am not so sure anymore.
Because [20] is so bad for white, she cannot allow it and will play [30], which ends in gote and therefore has lots more aji than [10], but is slightly bigger.
If one was 90% sure ("pretty sure") to handle the aji and knew the score (I knew neither :-( ), then one could play [30].