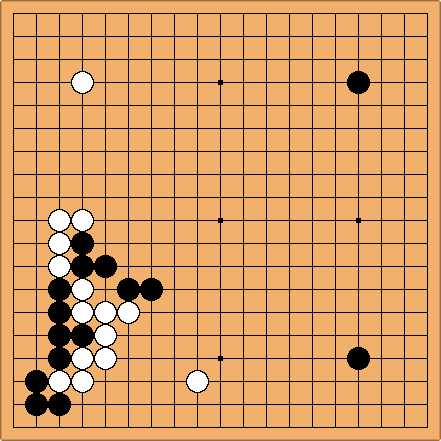 How to play so as to take the last big point 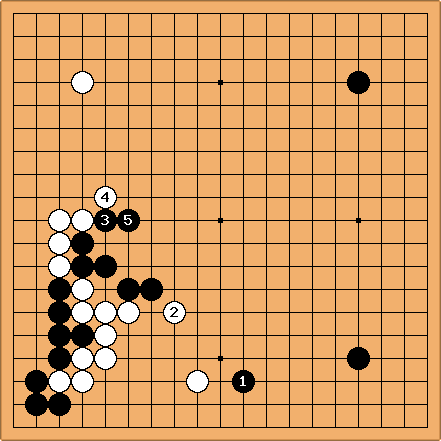 Wrong: Black attacks and takes an extension (too wide anyway),
but White gets sente for the last fuseki moves. 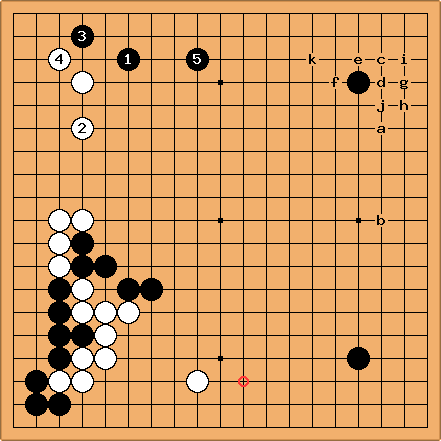 Correct: Here it is Black who takes the last Fuseki points.
Afterwards e.g. White a and checking-extension black b could end in a normal Gote sequence for White.

is the move which Black wanted to get and now will get. 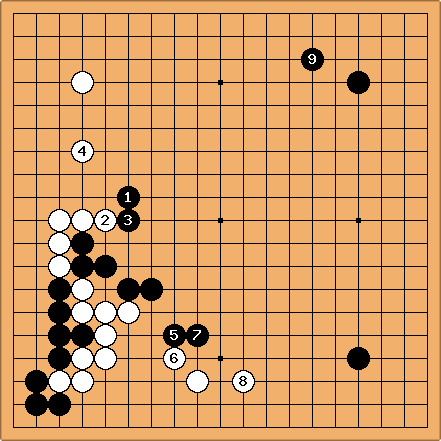 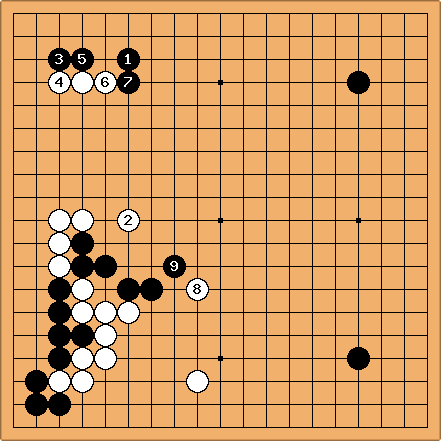 The above recommended move leads to this diagram, which loses 10% with respect to LZ's sequence. 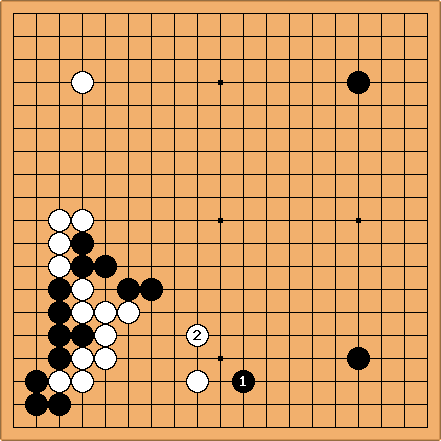 The above advised against move

elicits the defence of

, which affects Black's weak group as well, and loses 11% with respect to LZ's preference.

As has been commented by the go community, professional advice is still instructive, even if seemingly refuted by bot analysis. So, while these diagrams paint a different picture, the spirit of the example may still apply.

xela: Note that the details of the analysis will vary with the software and hardware used. I'm unable to replicate the exact results above. I get the same ordering of move values, but not the "big" winrate drops of 10 or more percentage points. 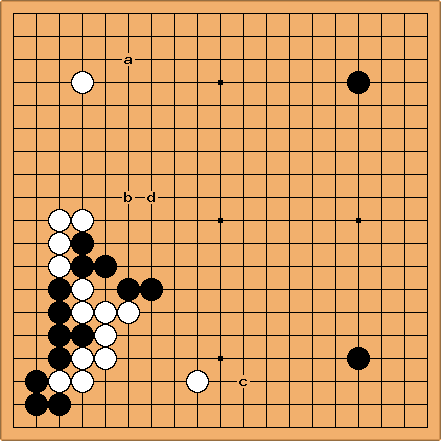 Using Leela Zero network number 242, indeed b is the preferred move, with a winrate of 63.9% when I try it. But a is only a 6.5% drop, whereas c is a 9.3% drop, noticeably if not significantly worse. And all three options still leave black with a winrate above 50%.

On an older LZ network, number 157, there's less difference: b is still preferred on 60.0%, a is 2.7% worse, c is 4.8% worse (compared to b), and in fact d now emerges as a second choice move, nearly as good as a (but with fewer playouts, so more uncertainty on the evaluation).

In all three cases the message is the same even if the details differ a little: the "correct" move isn't best according to the bots (although still good enough to win), and they throw out another option that wasn't mentioned in the human analysis.