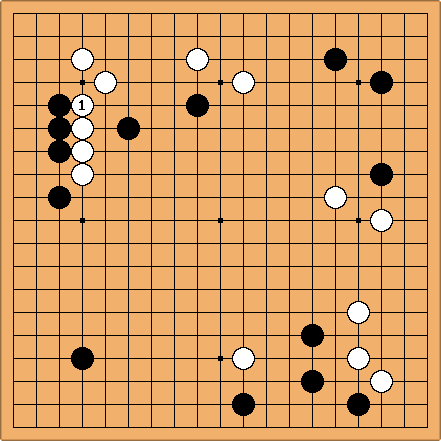 here is a key point of shape. (Solution given by Kim Seong-june? 6d.) 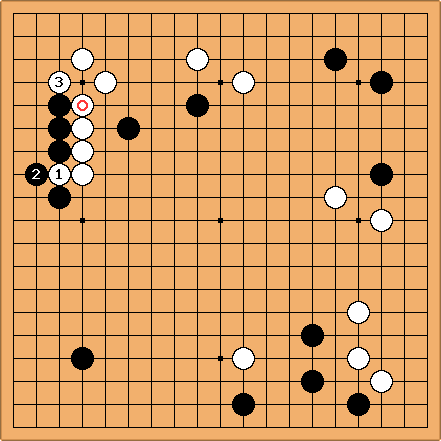 in place, White has a very good follow-up sequence with

here. White has secured the corner, constructed perfect shape, and given Black serious shape problems on the side.

The recommended answer is an example of a play that is 'almost sente'. It isn't claimed that Black must answer it directly; but if Black doesn't, White has a great deal to look forward to here. 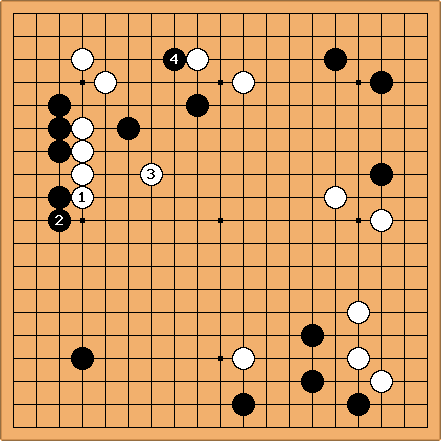 In the actual game White attacked with

, but was in trouble after 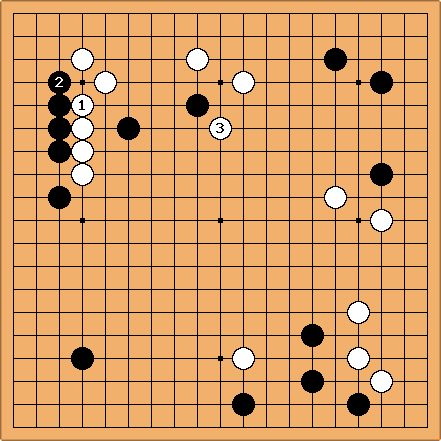 is a good move if Black doesn't answer. The question I have is if the

) in sente. That means that White can attack more strongly on the outside. I like

as shown, from the point of view of direction.