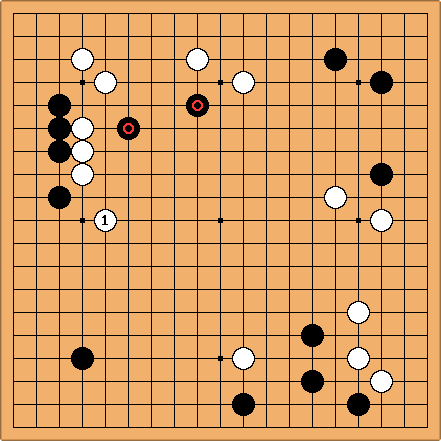 To me, one move seems to stand out in this position, namely

This move has important effects in (at least) two directions. On the one hand, it threatens to create a huge framework in the upper half of the board, swallowing up the

stones. White is not attacking the stones directly, rather, she is making it hard for Black to sacrifice them, by increasing the scale on which he attacks.

At the same time,

also has obvious effects on the lower left, where Black otherwise might have started a framework of his own. The left is already reduced by this move; while any white stone on the lower edge will now have a friend to run to. -- Andre Engels 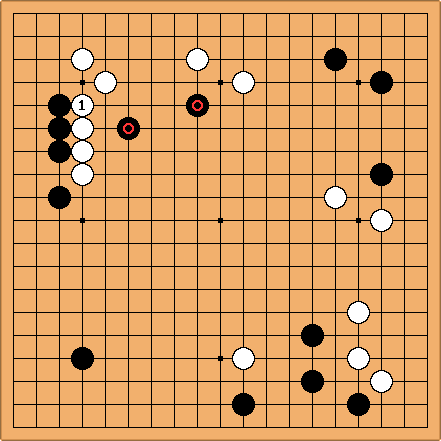 My instincts told me white has to play this way. I just feel like black can still cut through here and make something of these marked stones.