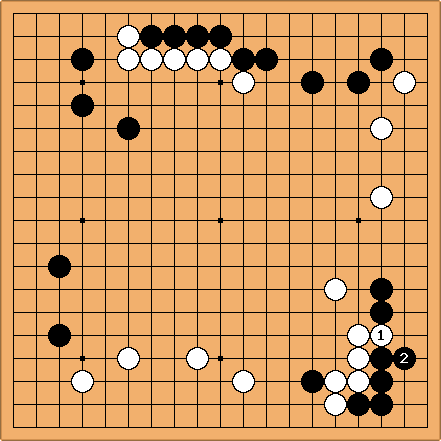 Jasonred I know it's wrong but I'll attempt some poor answer anyhow... cut at 1 to force 2? Then, um... er... I dunno, but I'm guessing any move than forces a defensive reply and also strengthens your own position can't be too awful... 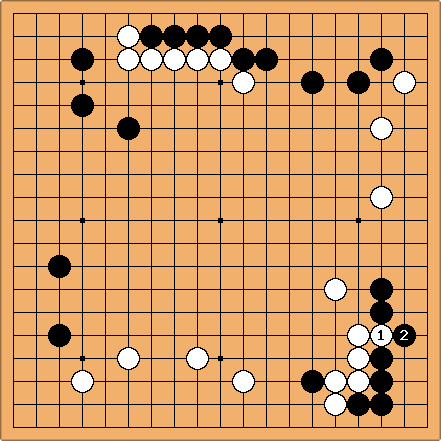 Black will answer this way instead. White has no good tactic to continue here. Charles Matthews

A move like white 1 is generally considered bad, for the following reasons: 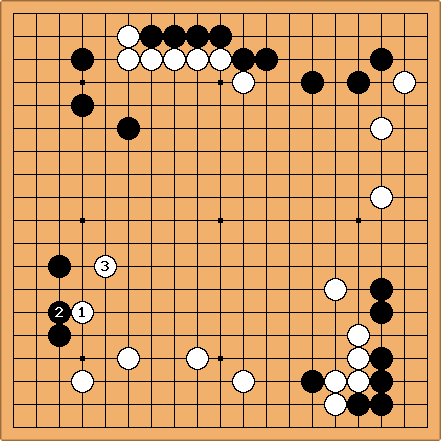 The most important part of the board seems to be the centre lower left. White has a moyo at the bottom, black has one on the left side. White will want to extend his moyo towards the center, black to both extend and strengthen it. There are three main strategies for white to take here:

Anothere thing to take in mind is white's weak group at the top - black might be able to get into white's moyo by attacking it. However, if the third option is chosen, there are chances of a black splitting attack, which would be even worse.

Without much confidence, I choose the second option and play white 1 and 3 here. -- Andre Engels

I agree with Andre. I wanted to add some additional "attempts" which probably will turn out to be wrong. Basically I am just trying to make use of the aji at the top. 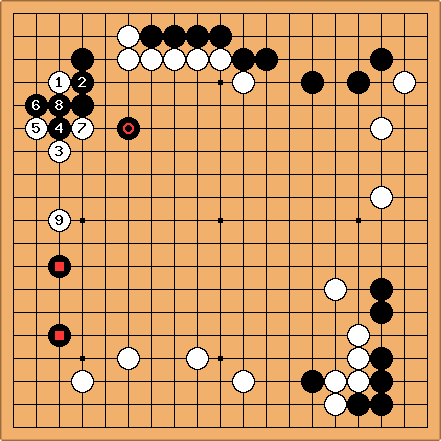 Attempt #1: White has invaded but his group at the top isn't helped much. Depending on how things go though there might be an attack on the bottom marked stones or a cut on the circled stone. This is pretty speculative even from my own optimistic point of view.

Attempt #2: Black also has another way to answer the peep which might even be better. After 9 it's a ko (a difficult one for white). The bad thing about the peep is it eliminates white's potential for making an eye on the bottom beginning with d-18 (6 in the above diagram) which may be very useful if a fight for that group takes place. So probably the peep is bad.