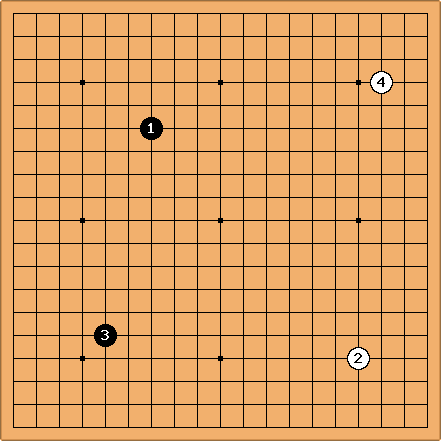 This 'fuseki' was made up in the Swedish channel on KGS partly because they wanted their own opening, partly as a joke and partly since God said that 6-7 is the best opening (confer with Chinese fuseki, Korean style of Baduk, etc.).
This should in no case be considered a good opening ;)

The Swedish fuseki has mainly 4 strengths: 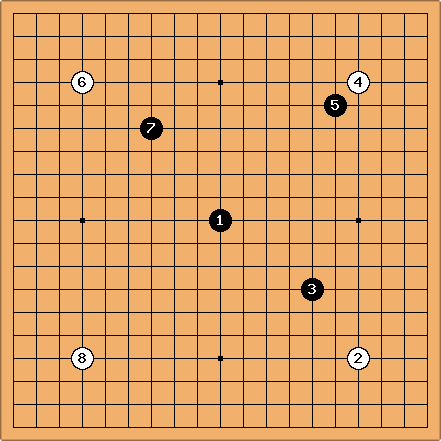 The goal of the large corner enclosing Swedish fuseki, a variation of the Swedish fuseki, is to surround each corner and build side/center influence. If black, Tengen is usually the first move.

Example sequence and likely not a joseki. 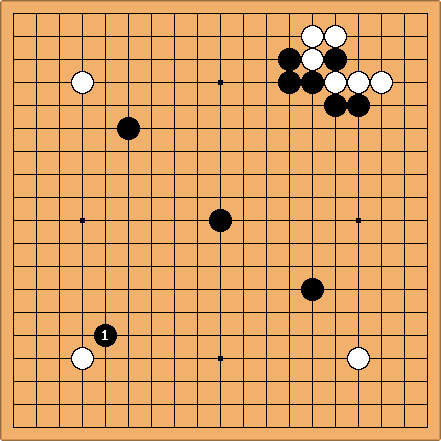 (Upper right is an example of how the fuseki user should emphasize the sides/center moyo).

A more useful variation would be the corner enclosing Swedish fuseki where the moves are played closer to the corner in a sequence that aims to end in sente. 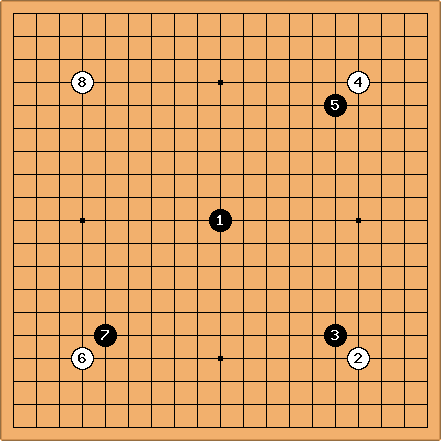 In order to succeed with this fuseki, the opponent should ignore your approach and play in another corner, before surrounding the last corner. You then attack the corners with sente attacks which will give you side/center moyo in exchange of cutting points ripe with negative aji. The last corner is usually left open. 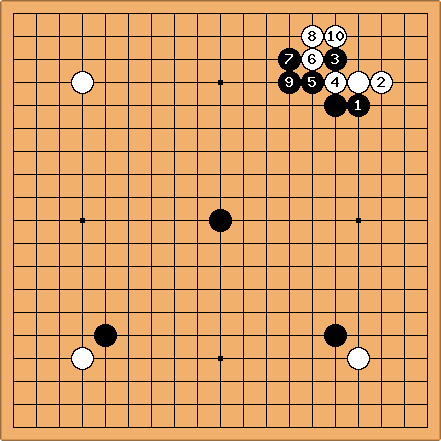 Example sequences and likely not josekis. 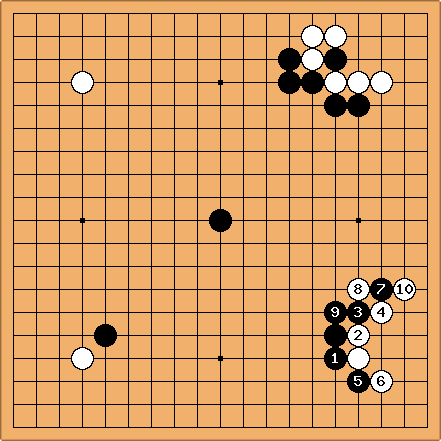 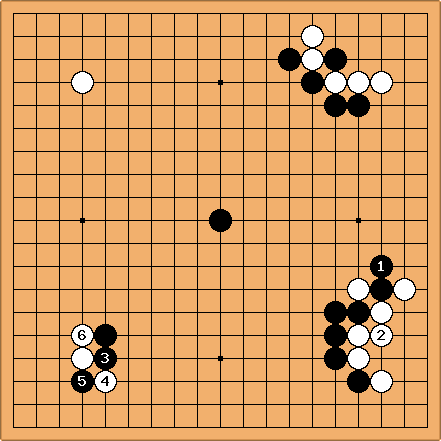 (Personally, I kind of like the small corner enclosing SF)

Common play as White respond with a low keiga to Black's hoshi kata-tsuki. 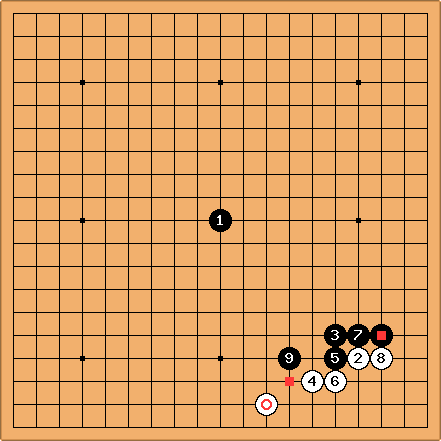 Following this method, White renders a large and stable corner for the price of a strong enclosing on Black's behalf. White may want to continue with the marked stone, from which a similar sequence follows. If Black succeeds with enclosing the left side, he is in an eminent lead according to proponents of the strategy. The marked black stones make for fair future threats for Black. White, on the other hand, would like to play at the circled black stone, both for territorial gain and to disrupt Black's shape. By omitting 5 and instead play moves such as 6 or 7 immediately may also be possible plays for Black. Move 8 is supposedly sente for Black as, if not countered, the following scenarios may occur. 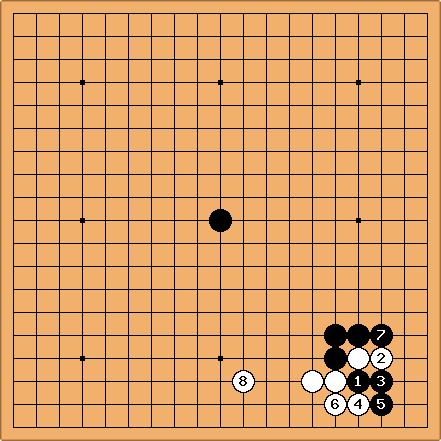 White here stretches for the left side, sacrificing the 16-16 group and giving Black an enormous lead. 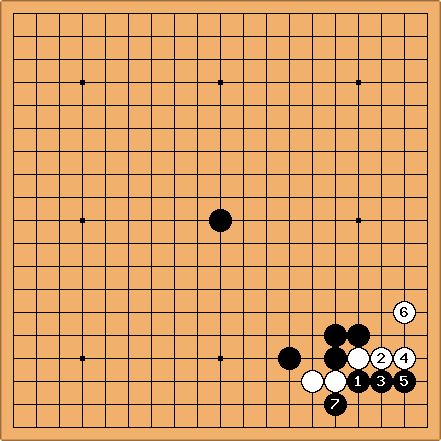 Here, White chooses to rather sacrifice the 15-17 group in order to save the 16-16, once again a great bonus on Black's behalf.

Please give your thoughts, applications, counters etc. below. Feel free to edit this page.

aib: When I was a complete beginner, I used to play this fuseki (against another complete beginner). Strangely enough, we ended up playing very competitive games (with scores close to tying) against each other, where the winner was decided by who made more successful invasions against the other's territory (center vs. corners and sides). It did teach me how corners and sides were easier to defend.

The question is, if this "fuseki" is responded to by 4-4 moves, what happens when Black starts invading the 3-3 points? 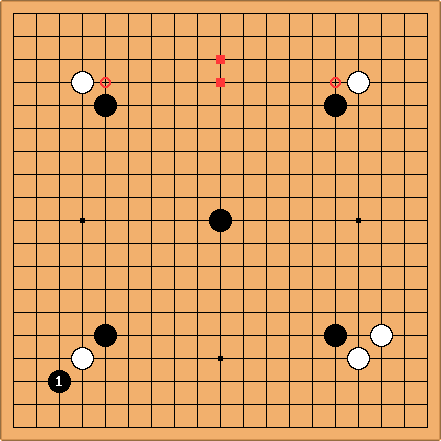 Or, if Black gets the circled points, will White be able to make territory at or near the squared points?