I'm not sure how common this is, but it has been happening with increasing frequency in my games. At the beginning of the middle game, I have no evidence of a moyo and am then able to build one up out of nothing all of a sudden, seemingly taking my opponents somewhat by surprise. It seems to work best when the components of the moyo are constructed in reaction to my opponent, with seemingly some other aim. Then, when I get sente, I close off a final weakness, and am usually faced with fighting a panicky invasion. Here is an example. BlueWyvern 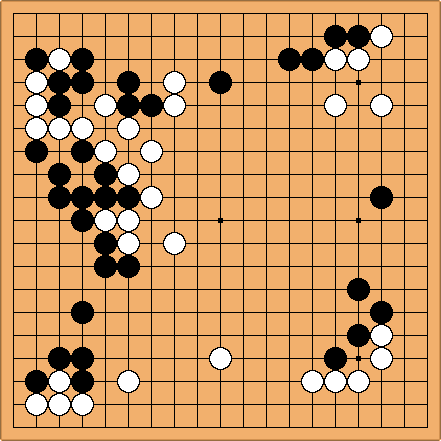 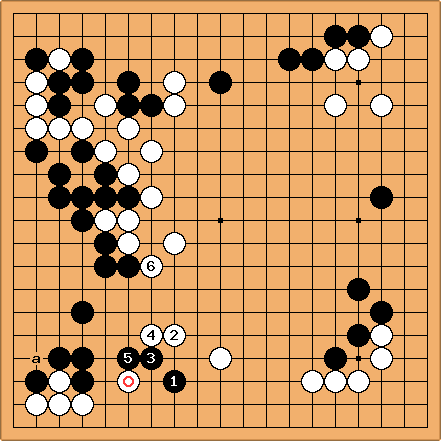 Charles Matthews This seems reasonable for White, though Black is now more likely to get the endgame play at a in sente. Where did Black play now? White has built good central thickness, but in gote. If Black spends time making a capture of the marked white stone on a small scale, 'forcing' White at a, that's quite poor play (next diagram assumes this). 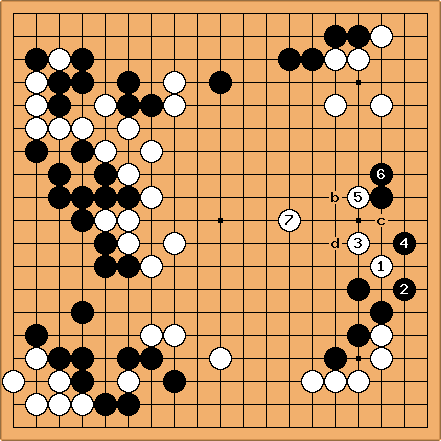 Charles Hey, anyone can build a moyo with enough help from the opponent. Black at b instead of the endgame sequence in the lower left would have been appropriate.

After White invades, White c not at 3 is expected to make a troublesome ko. White 5 and 7 do show good vision here.

The normal technique from pro games would be White starting at d, a reduction play that aims at the invasion point White 1. 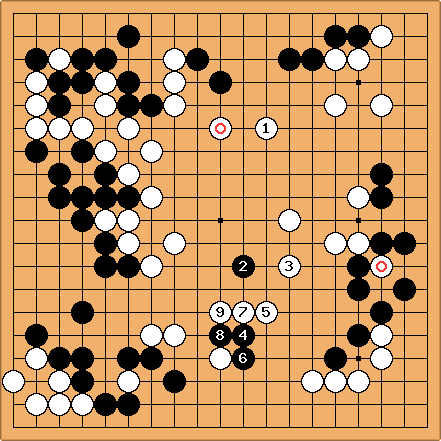 Surprise moyos are not so surprising if you get surprise extra moves: where does the marked stone come from ? I mean: you left out sequences where Black's major strategic error has occurred.Dieter

Charles Yes, it seems that Black has again chosen to capture the marked white stone, on a small scale. So Black has a problem with the small moves mistake.

Jasonred Could it be that Black made a not ambitious enough attempt to gain the right side, with White capitalising? That seems more plausible than using five moves just to capture one stone...