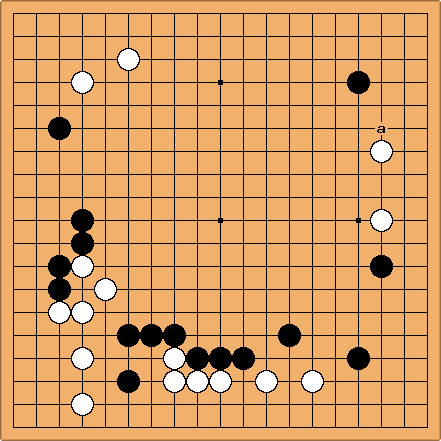 Let's go straight to the end position featured at standard opening 1. Waltheri has 3 such positions, all from 1996, one of which is the "inventor" Cho Hun Hyeon with Black against Yi Chang Ho.

KataGo thinks White leads by 4,3 points, a 3 point improvement over the initial position. Over the course of this pattern, both make several small "mistakes" but Black's accumulate to worse.

There are many moves though that are "bluelisted" by KataGo. 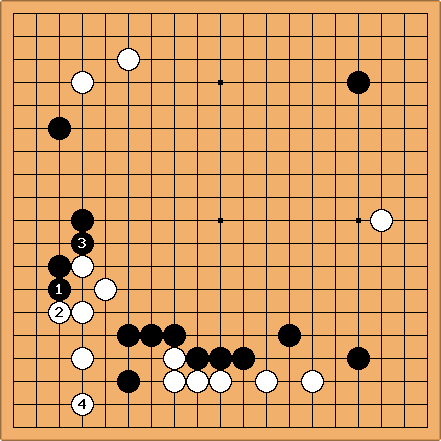 fortify the Black left side but together take White's advantage from ~1,8 to ~4,3 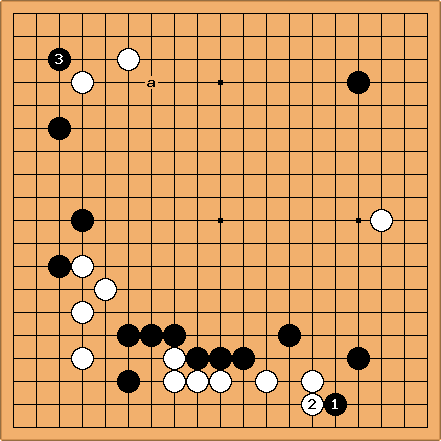 at the bottom, then switch to the top left, either by invading at

or with a shoulder hitat a. 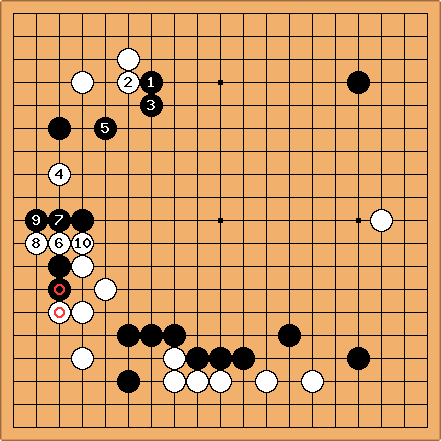 Even after the marked exchange, Black can play more actively at the top, sacrificing the two stones. 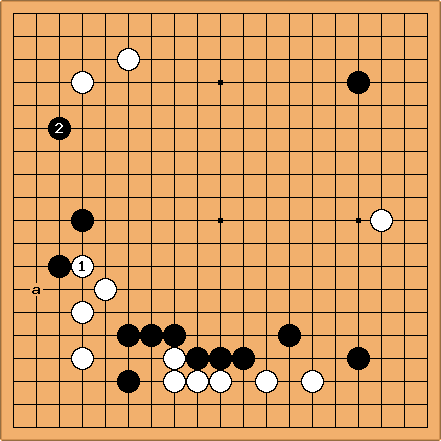 as a defence against Black entering the lower left gets poor marks. KataGo prefers a. Here White loses some of the advantage built up so far. 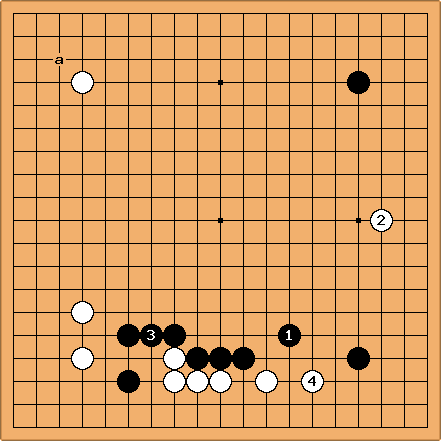 are probably the essence of this opening and mark a first jump in White's chances (undone by the move discussed in previous diagram).

For Black, matters are simple: KataGo wants to leave this influence as is and invade at a for both

For White, as can be expected, the wedge of

is not KataGo's favorite. It declines the opportunity presented, which is to stabilize the bottom stones by cutting at 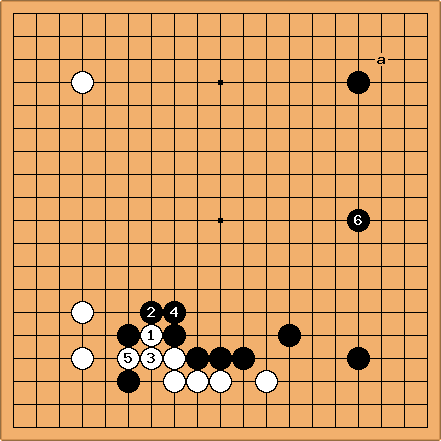 This option has of course been analyzed by the Korean pros. Their evaluation at the time was that this position is "active for Black". KataGo thinks White now leads by ~4 points and should handle this position by invading at a. 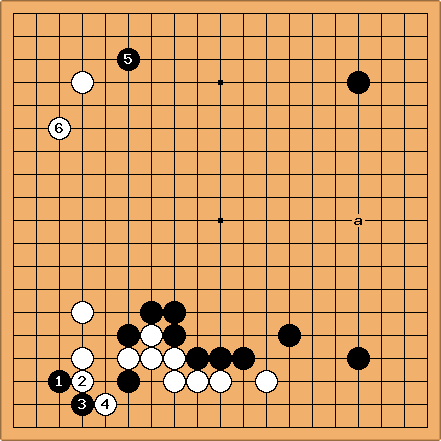 Instead of playing at a, KataGo prefers

here to create some corner aji, then continue in the top left with an approach.