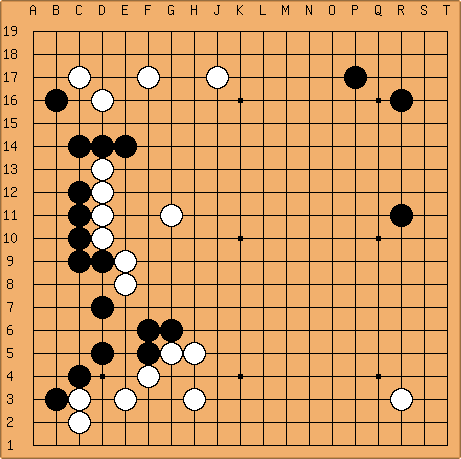 Rubyflame (10k): I might try R5. White will want to respond, perhaps with a two-space extension along the bottom, and then black makes some nice side territory.

Move in game was r7

HolIgor: There is no space at the bottom to make a lot of territory for black. In that case simple erasure is OK. There is no way to prevent white from getting some points in the corner. I would not like to let white to get a large territory at the bottom. I have to keep in mind that the attack on the white's centre group is possible. I'd play q4. r5 is not bad too, r7 is tepid in my opinion.

IanDavis: I wonder if there is an arguement for pressing the weakish group first before this play? Can black first play around (say) h14 ? I think in general I'd be drawn to the bottom corner first though. 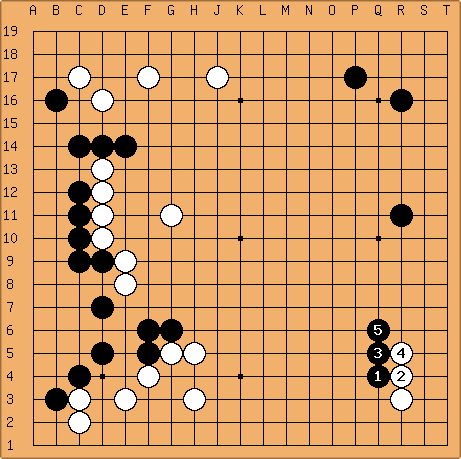 White has to push with

because allowing black to bend (magari) here would be painful. 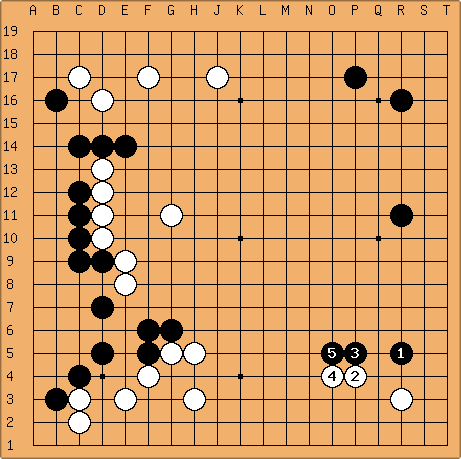 This does look OK for black, but pushing along the fourth line? 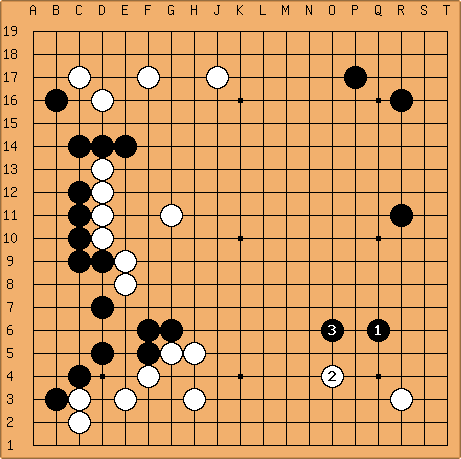 are nice plays anyway. And at this point White isn't quite sure of the corner, yet. 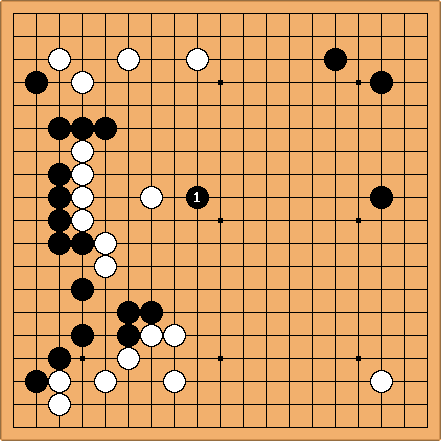 . White's group is attackable, for now. Strike while the iron is hot. Urgent plays before big plays.

This kind of boshi is called topping the tree.