Seki in area and territory scoring

Path: <= All you ever wanted to know about sekis =>
Keywords: Rules, Theory

This page discusses the differences between area scoring and territory scoring in a seki. The position in Beginner Exercise 332 provides good material for this comparison, so we will use this as an example for our discussion. 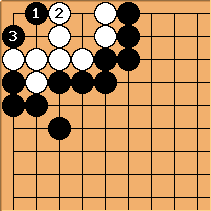 Black can turn the corner into a seki with

. This is the optimal solution to the problem, regardless of whether area scoring or territory scoring is used.

Under area scoring, ignoring stones already on the board, Black has one point while White has two points. Under territory scoring, both Black and White has no points, because the points inside a seki are not counted. 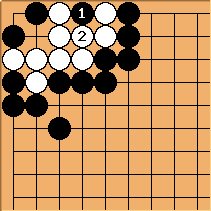 to "ensure" the seki. Under area scoring, this exchange costs nothing (except for using up a ko threat) because White gains one prisoner at the expense of reducing the territory by one point. However, under territory scoring, this exchange causes Black to lose one point because White gains one prisoner, even though both groups still have zero points in territory. 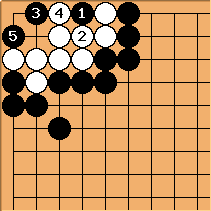 This alternate sequence also results in a seki. However, using the same argument as above, it is inferior to the solution by one point if territory scoring is used.

Path: <= All you ever wanted to know about sekis =>
Seki in area and territory scoring last edited by Dieter on April 16, 2021 - 09:12
RecentChanges · StartingPoints · About
Edit page ·Search · Related · Page info · Latest diff