I'm still giddy from this win. Not only did it put me back in the 9k rank (after two stupid losses), but I made the biggest kill I've ever even attempted. In many ways, I was just lucky (white admitted he overplayed a bit in the middle), but I'm still extremely proud of the game.

I risked everything and it paid off. Probably not the best lesson to teach, but I'm putting it up because I think it might help younger/newer/weaker players. And besides, it's just a good story. I do appreciate feedback, but I'm not asking for extensive commentary; I know my play was risky and there were certainly more level-headed alternatives. 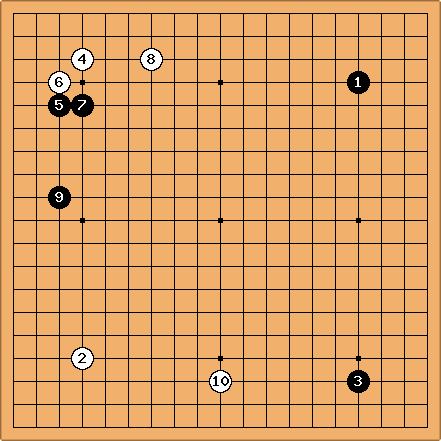 Things started off calmly enough. I was leaving myself open to attack the upper left, but I think it worked out pretty well. 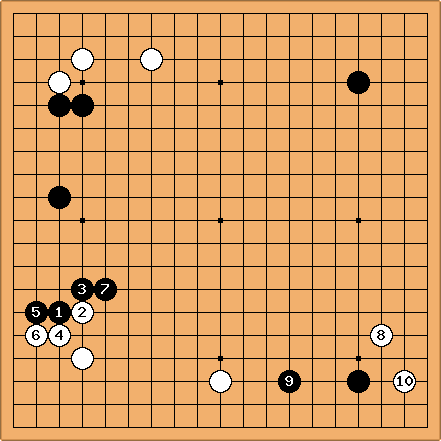 Since white retreated to the lower side (probably assuming I would close up the lower right corner -- which I probably should have done), I kept the heat on with

, black is squished and tight on the bottom -- but it's early. 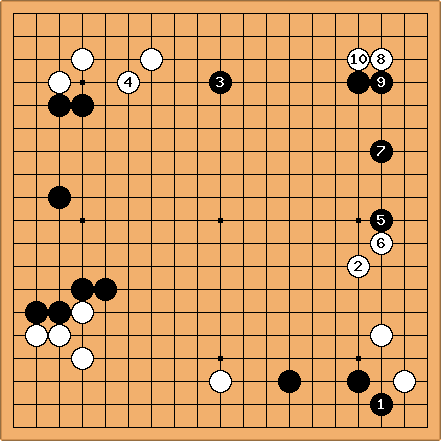 is small, but it felt necessary to stabilize the bottom. I was surprised by

also took me by surprise. I felt I was able to make a pretty good shape out of the situation. 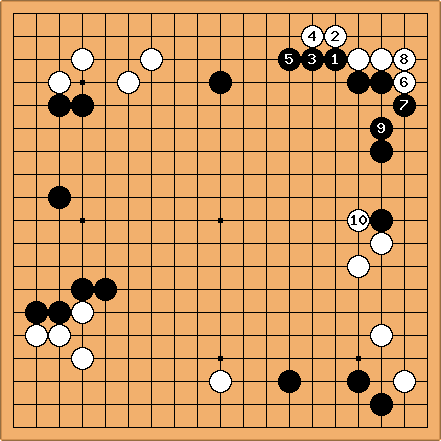 After the corner joseki, I realized that a moyo in the center could work out pretty well. After all, white hadn't entered the middle from the top too much, and I had the support on the left to help it out. But

made it clear that this wouldn't happen without a fight. 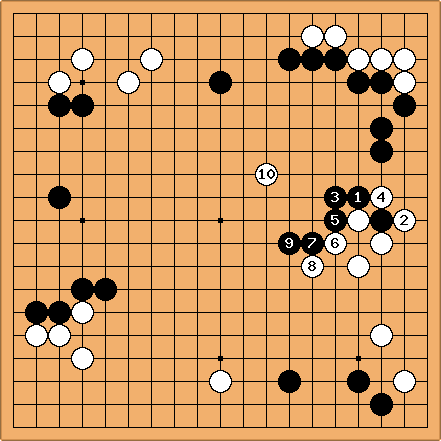 So I welcomed the fight. We scrapped a little on the edges, and then white stepped into the ring with

. Now it was all or nothing. I knew I would probably lose, but then I thought of that speech George Clooney makes in Ocean's Eleven, and.. well, I knew I had to give it a shot. I've been reading KatosAttackAndKill and I think that had a lot to do with my "go get 'em" attitude. 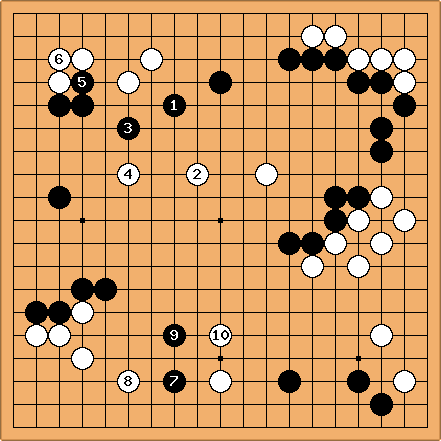 felt really solid, but after

I felt like there would be no way to keep this thing contained.

was somewhat desperate -- I felt like I might get some advantage if I could use my wall-making for a more realistic purpose and snatch a corner or something.

is similar; I'd been planning to do it at some point, and it seemed as good a time as any. I didn't realize how useful it would be on the whole board. 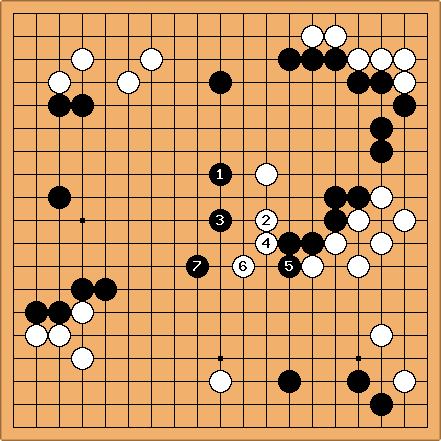 unkx80: The keimas may be very solid, but I feel that they make it too easy on white. I would suggest playing along the lines in this diagram. The other moves may be disputed, but I think 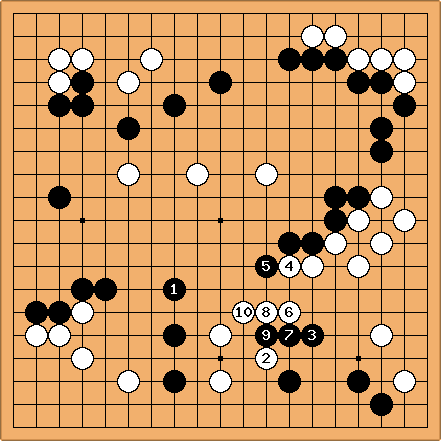 is a mistake. If white had used the weakness of the

stones to connect, he would have had a much easier time of it. But I guess he worried that black would connect on the right. It seems that white believed he would be able to make everything live, and didn't have to risk anything -- a pretty fair assumption, I suppose.

was the last straw. It was time to close up the middle and start fighting for life.