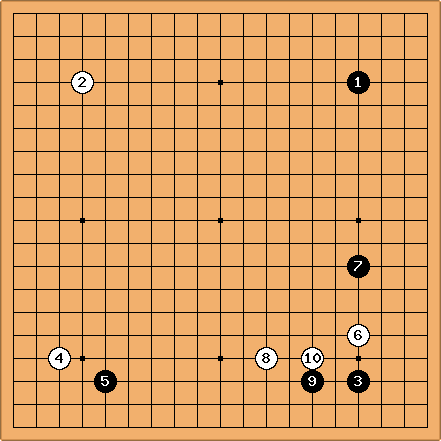 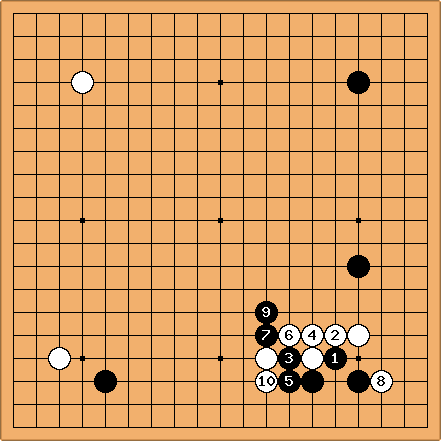 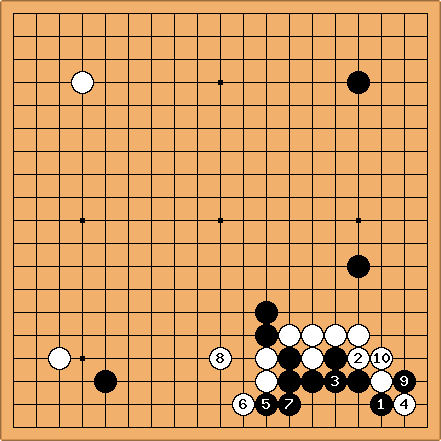 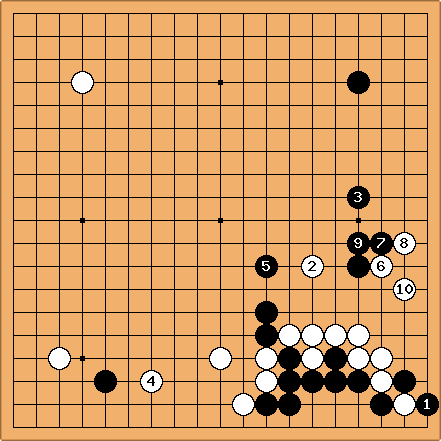 other choices are feasible. 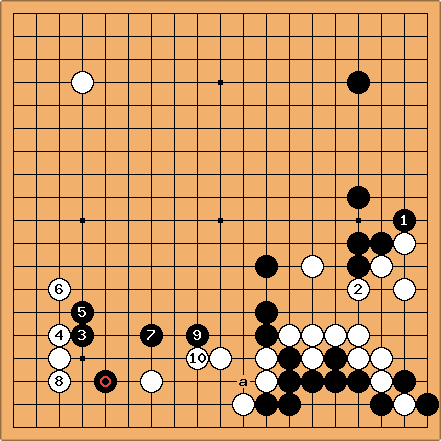 here, White stabilizes on both sides and has an attack going on on

. So that stone moves out, solidifying White in the process with the

, the aji at a has diminished. 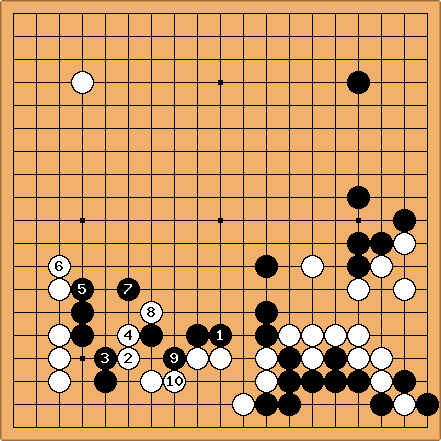 Black remains somewhat floating in the centre, while White gets easy territory at the left. 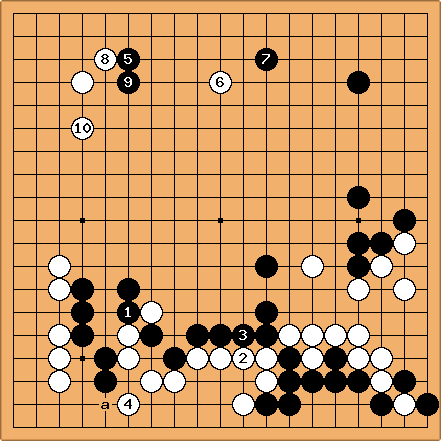 looks slow, but it makes the white group alive without being cramped and if unanswered it allows White to cross under at a which is big in itself. This is the kind of move an amateur will never let prevail over 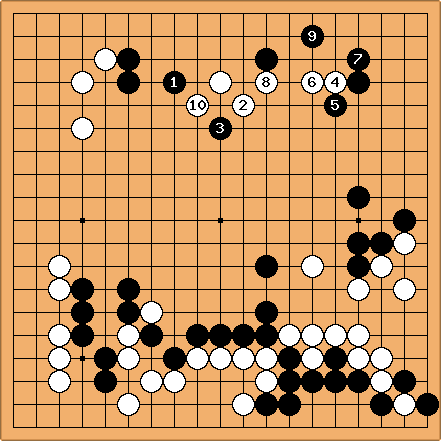 are very unusual to my eyes and I cannot see the purpose here. 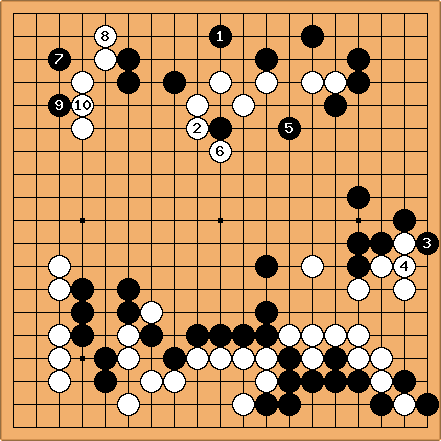 on the other hand looks painfully low. It looks as if White prefers to keep up some global pressure on Black's stones, whereas the territorial balance is no longer in his favour. 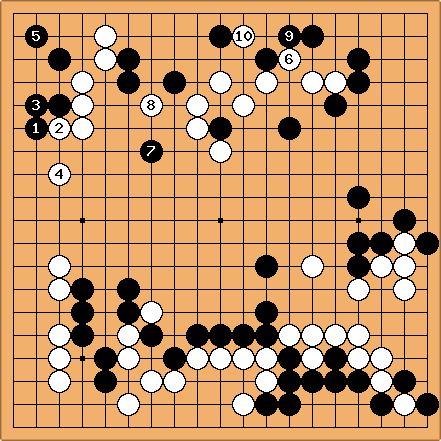 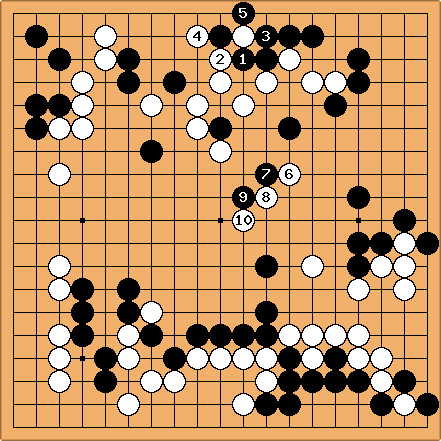 reveals White's intention of a large scale attack on the black centre stones but I cannot see how they would be so vulnerable. 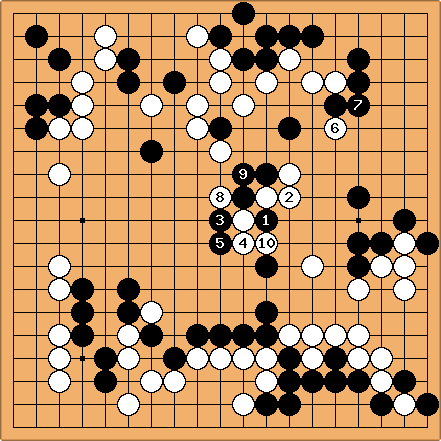 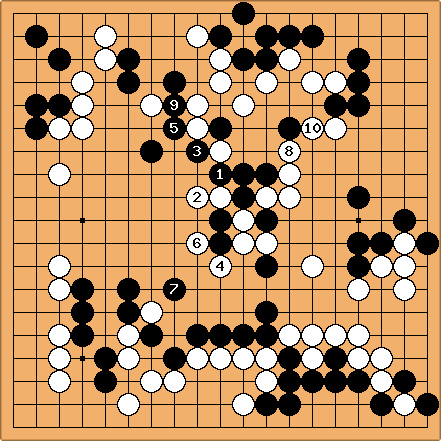 The centre fight must have lots of variations but let me concentrate on the trade that both accept: Black connects his top stones and makes life in the lower centre, while White captures stones in the centre which now becomes mostly neutral. It's all about endgame now. 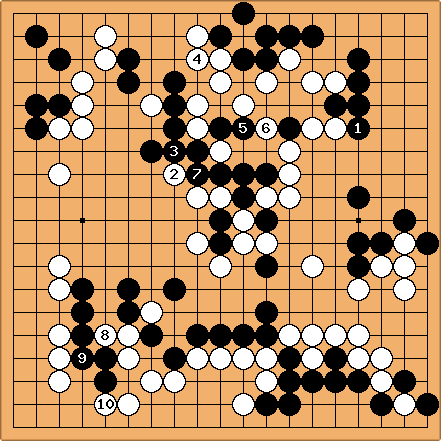 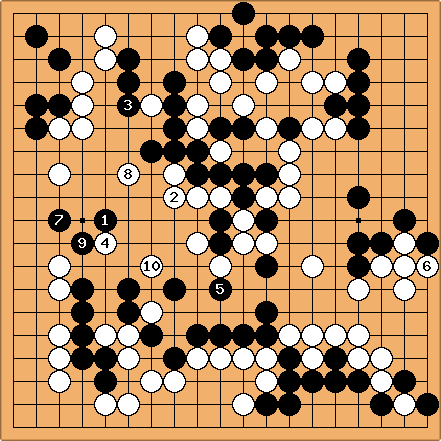 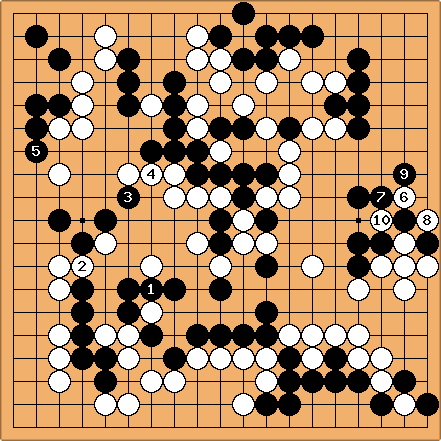 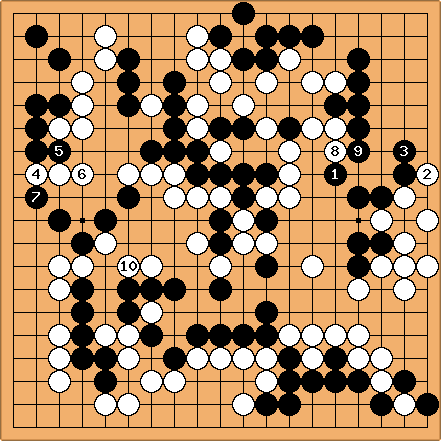 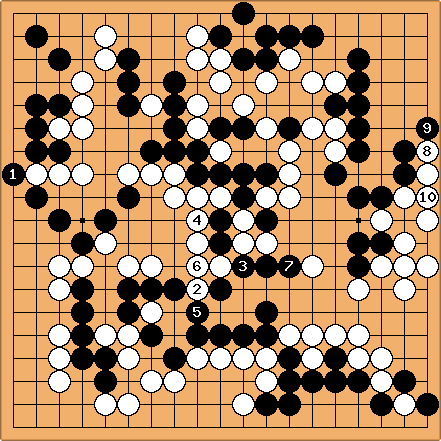 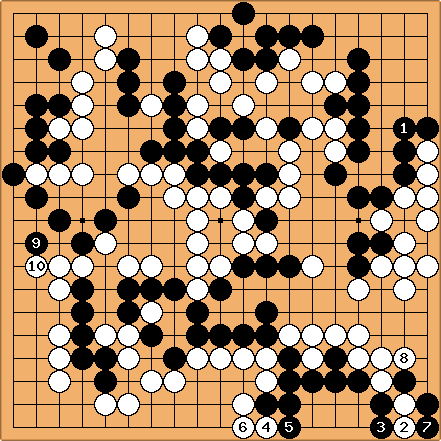 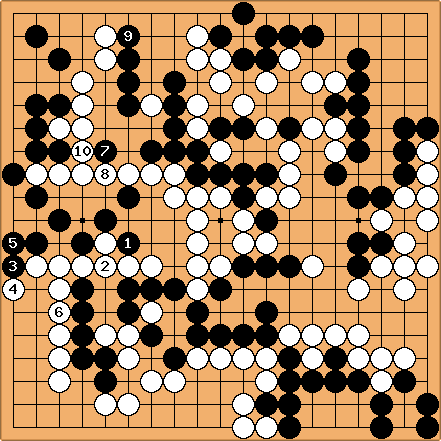 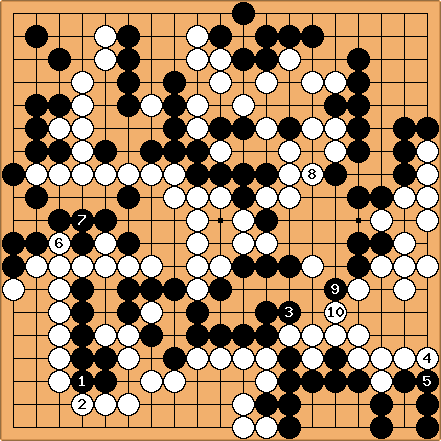 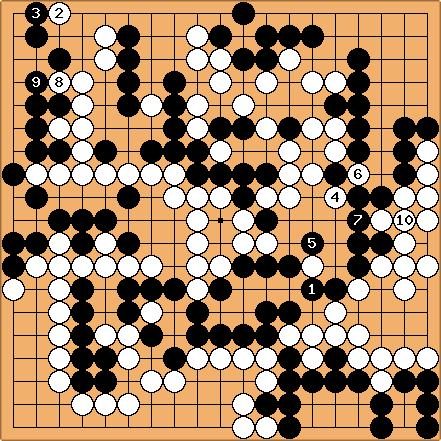 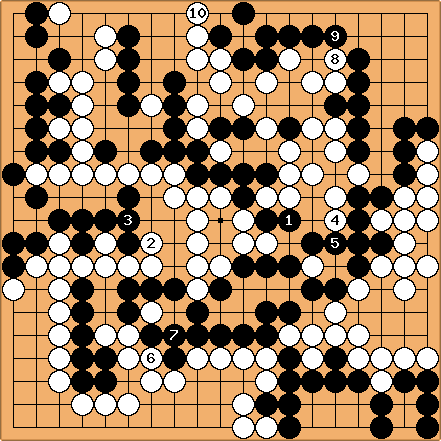 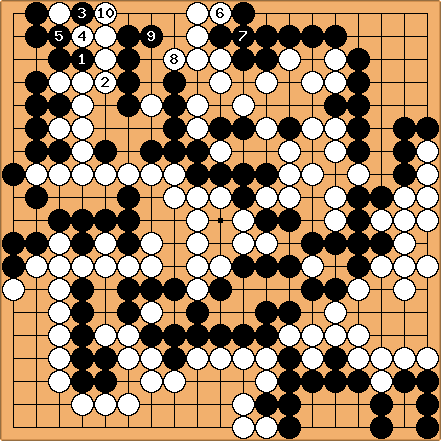 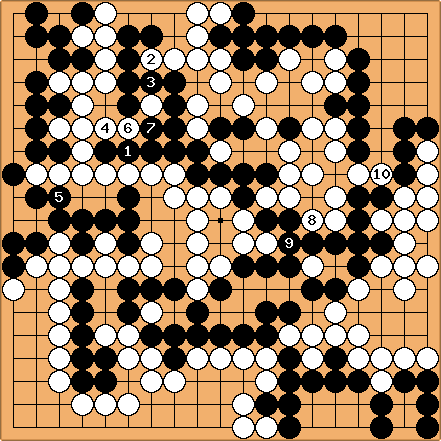 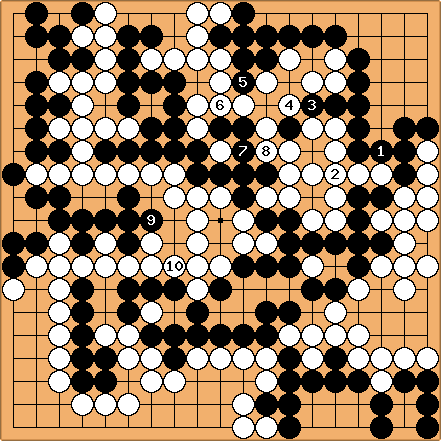 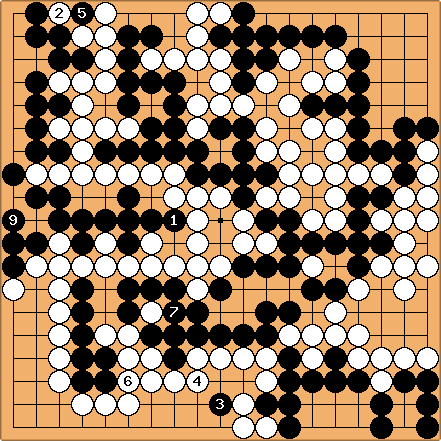