Dieter: The first game of the 7th term is the most spectacular game I have ever seen. You can replay it

game! Thanks for pointing, Dieter. 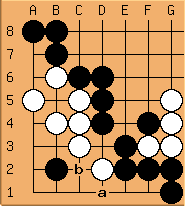 Gorobei: Amazing game, but what happened at move 337? Black seems well ahead, and just playing A2 ends the game. Instead, he plays a dame point, and invites a ko-fight for seki when he has only a couple of minor threats versus one huge threat for white. Or is this humble 15k player missing something obvious?

Uberdude: If black makes the eye at a2 instead of the dame for move 337 then white wins by 1.5 points. So allowing the seki lost points, but didn't change the winner.

RiffRaff: I too am wondering about this. It seems that at any time starting with black 309, he could give his big dragon two eyes by playing at A2. White's one-eyed group would then be dead, and while I'm not sure how much it would affect the final score it certainly seems bigger than most of the moves actually played by black from 309 to 337. What are we missing? 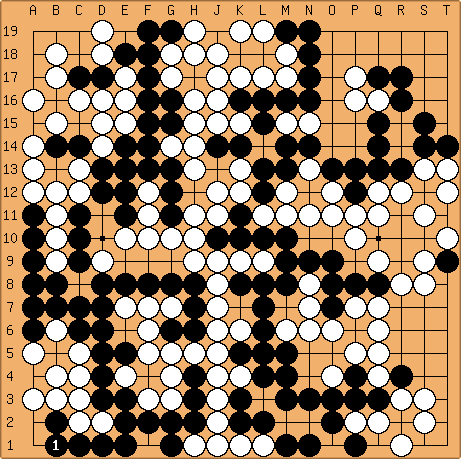 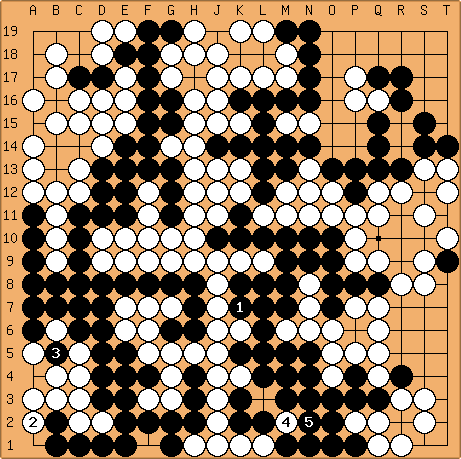 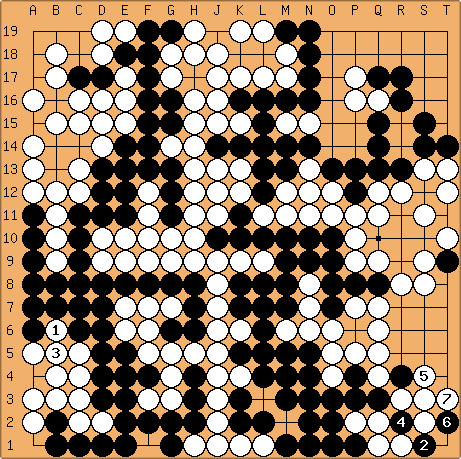