Relative Go is a Go variant I came up with (you can suggest better name). In this variant, the position of board is not defined at start of the game. Instead, players place stones relative to other stones on the board. It might seem like a Go without edges before stating that Maximum number of lines between two stones in x- or y-distance is 17 (for 19x19 board).

I'm trying to describe phase of game in the following diagrams. This is game on 9x9 board (above distance rule constant is 7 now). 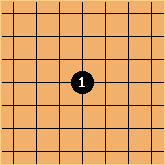 We can't really say "where" on the board is this stone at this point. It is white who next makes the first meaningful move. 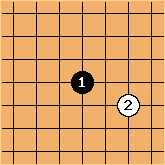 Now we'll note the position of white stone relative to the black stone and other way around. These relations will not change during the game. In other words,

will always be in keima to 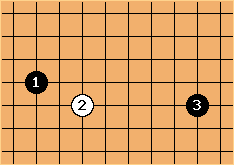 Black expands to the direction he likes, as long it's not too far away from other stones (see next diagrams). 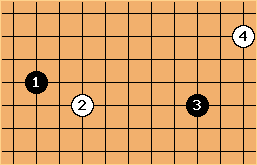 Here come the real edges of the board. In this diagram,

is an illegal move because we are playing on 9x9 board. This shape simply wouldn't fit on such board because there are 8 vertical lines between 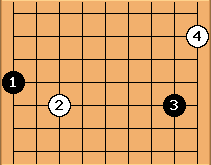 , white stabilizes all stones in horizontal direction. Stones can no longer be placed right of

are on edges but we dont know their exact height. Next two diagrams illustrate this. 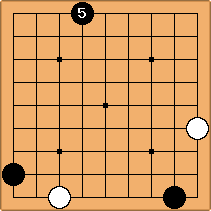 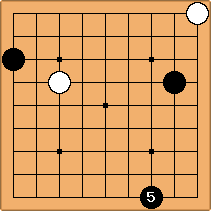 Black can "push" other stones up or down, which he like better. Of course, black doesnt have to place on an edge at all. 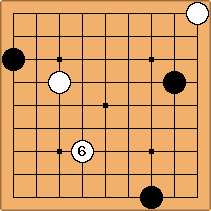 From here on, game continues just like normal go. No extra rules.

Consider the following play: White places his first stone (+18,+18) relative to the black stone and immediately defines all edges. After that game is the same as normal go (with two useless stones in the corners) and the idea of this variant is wasted. 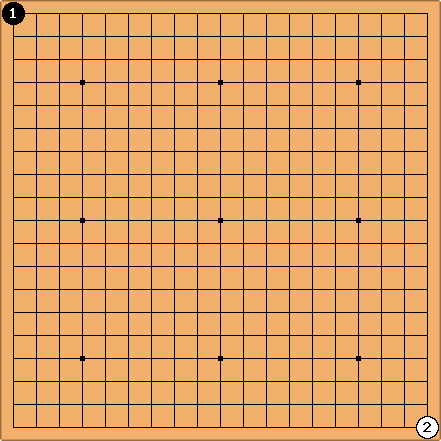 To prevent this I'm forced to introduce some new rule to balance the game. The best I could think of Is a rule to forbid placing stone too far from other stones. 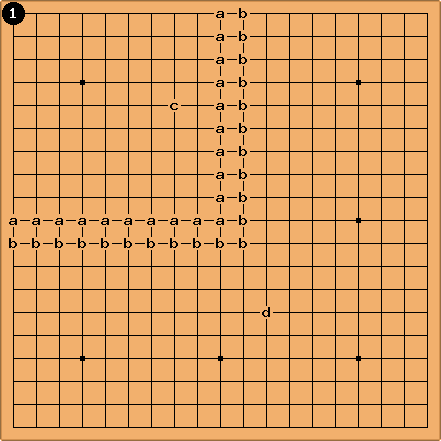 can be placed on positions marked a and closer to

The restricted distance here is the distance of tengen from edge, meaning that White's first move cannot be placed "outside" physical board if

According to rule described above,

There are probably some easy sequences which allow changing play to normal go. But if players choose not to do this immediately, succesful game can teach a lot.