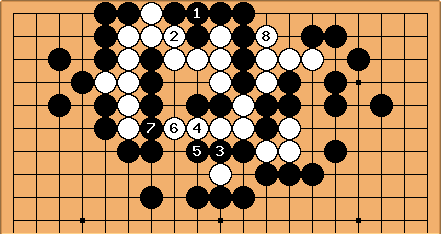 Dieter: The first line to investigate is what happens when Black removes all eye potential in the connect-and die at

brings the capturing race to 3-2 in his favour. Black chases the three cutting stones and with

reduces both strings to 2 liberties, but

So something has to be done with the order of play, it seems. 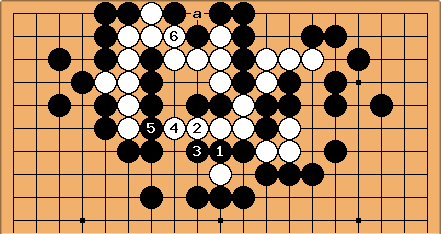 This way doesn't change anything: Black captures all but the big string, for a is still connect and die. 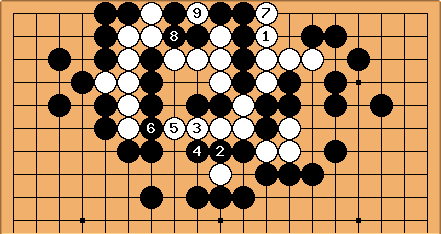 White can capture the top string, but Black has time to capture the left string and White's eyespace is not big enough: all stones die. 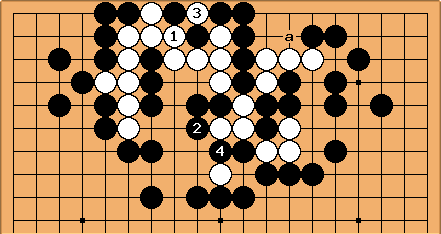 So White can make life for the left and centre string but loses the rest of the stones. Incidentally, 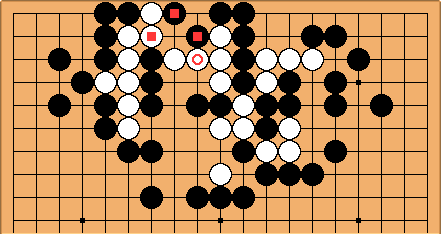 In summary, all stones have a settled status. The marked white strings are alive, the unmarked are dead. All Black stones live but the two marked stones. 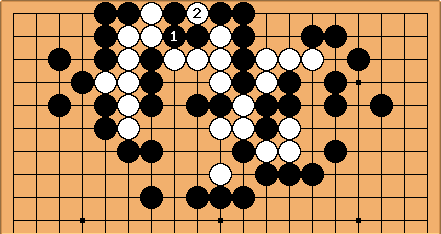 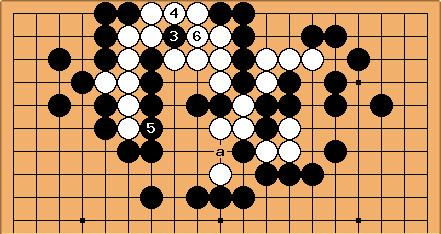 Could it be that

are a blind spot to the problem composer? Still thinking --Dieter

unkx80: Dieter and Herman, you are both right.

Herman: Meaning, I assume, that you did not consider Dieter's

when composing the problem (but, perhaps, only the next diagram below), but that my suggested

saves the day and makes this variation work as well? :-)

such a long tail.

Dieter: It is I who had a blind spot. As soon as Herman suggested

, I saw the two variants of the solution. Then when unkx80 said we were both right, I assumed that he was hinting at his original composition.

It is a very nice problem, really astute. 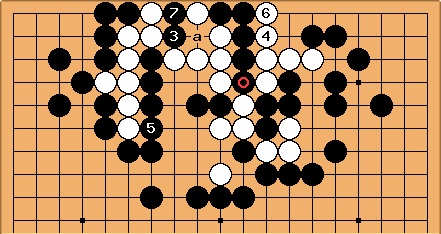 like this, then after this sequence the move at a and the throw-in at

are miai for Black.