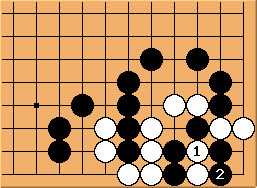 White starts by throwing in a stone at

. Black has no choice but to capture. 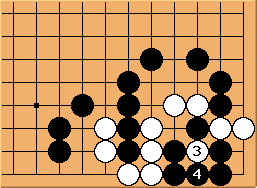 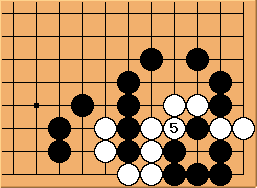 , it is an approach ko, with white taking first.

Note that Black no longer threatens to kill, she only threatens to make a direct ko, so the local temperature has dropped. 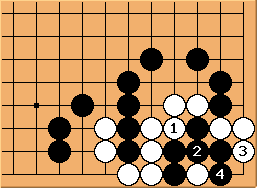 If white does not play the throw-ins first, but give atari on the ouside, she will be short of liberties after

and unable to approach. 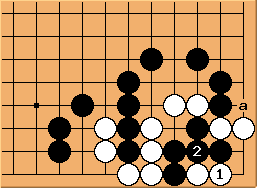 does not work either, as

can prevent white from capturing the three Black stones. (Actually, in this problem,

can also choose to play at a and allow White to capture the three Black stones, as Black gets only one eye this way.)