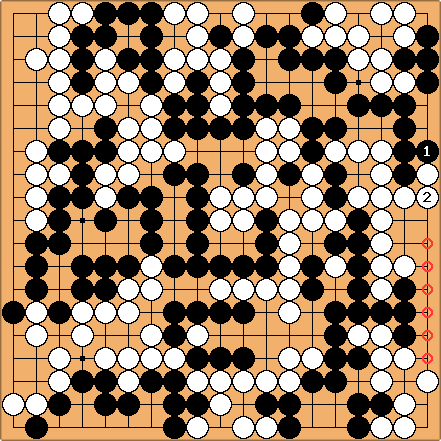 (not played in the game), there is a 3/4 point play (miai value) in the marked region. 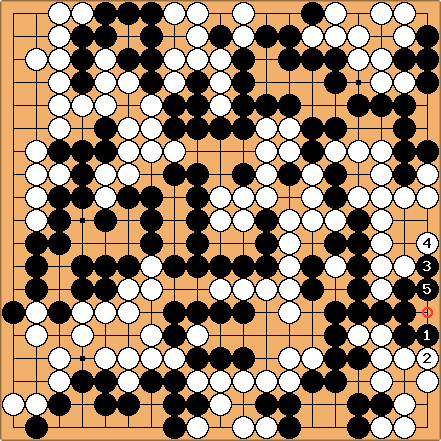 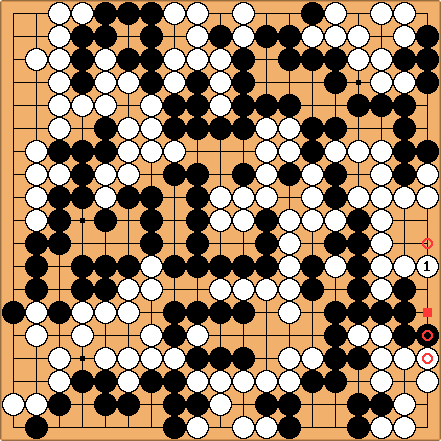 White has 1 point at

In the disputed area the original local count is 1/4. Either player can gain 3/4 point in one net gote play. 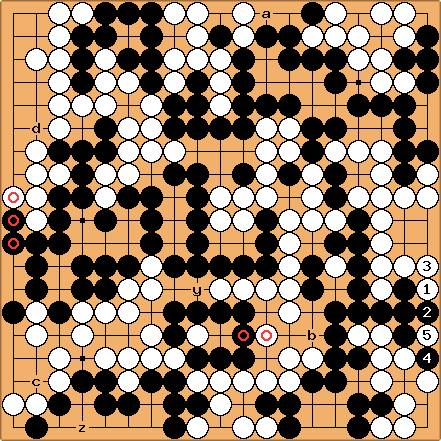 The evaluation above depends upon White's not playing

in this diagram. If White does so Black can start a hanami ko with

. In the game the 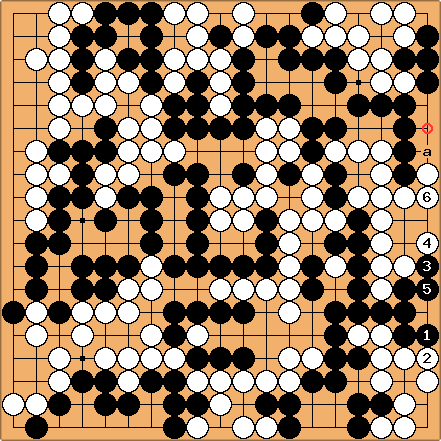 Bill: Instead of taking his 1 point sente at a, Black played the 3/4 point play,

. Then instead of playing the 1 point reverse sente at a (or another 1 point play), White filled with

, leaving Black with 1/2 point of territory at 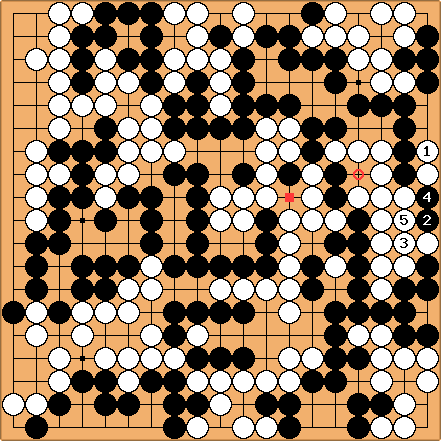 Bill: If White does play

, Black can reply with

, taking away White's eye on the edge. Later White must make a protective play at

However, White must protect at

anyway. After the protective play at

, the White stones to the left will still have only one liberty when all the dame are filled, obliging White to protect at

. Black gains nothing by taking away the eye.

Did both players, who are obviously strong, made technically inferior plays on the right side. Did they both have the same blind spot about

Let me speculate. I think that both players had already read to the end of the game. White knew that he was going to get the play at a, anyway. In that case, why not preserve the eye? It might not help, but it couldn't hurt. As for Black, all other reasonable variations left White with the eye. If White protected the eye, as in the game, no harm done. If not, I don't know.... Black could fall into a trap if White plays elsewhere.