One space low pincer, one point jump and peep

BramGo: I wanted to start some discussion about the following move, which is probably an overplay. I wish to leave it open for stronger players who have more insight in this matter.

At first sight it seems to remove a potential cuttingpoint at an early stage but it does of course have an influence on all existing joseki variations. It looks like it starts an early fight where black will get bad shape, nevertheless black looks a bit heavy. 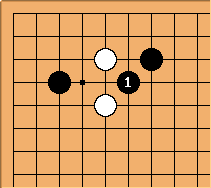 Uberdude: Connecting seems a good idea: Even A Moron Connects Against A Peep. I am not convinced black benefited from this exchange. 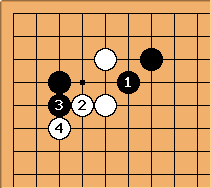 Harleqin: Does Black have any sensible continuation? 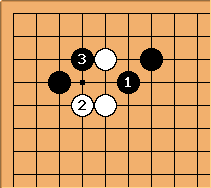 Harleqin: White would connect solidly now anyway, and then

looks a bit stupid. I still prefer White, but less than without

, so I guess that just connecting against 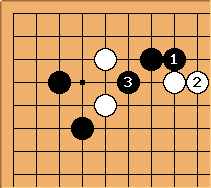 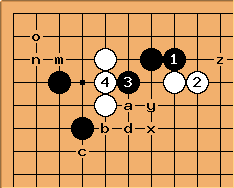 , IMO.
Black's idea might be to separate by push a and induce White's bad push b, black c, however after White bending with d, I am not sure that White is weak.
We could investigate the usefulness of Black's hane x and White's cut y, then Black z. White should have positive aji m-n-o in the corner. 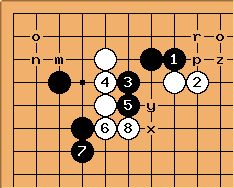 tderz: White has also good cutting aji p-r-o,
however this would only proof, that Black should not jump to z, rather crawl on the 3rd line after having cut x-y. 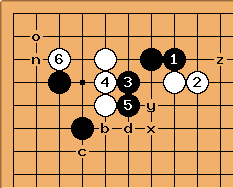 tderz: or going directl for safety with s.th. like 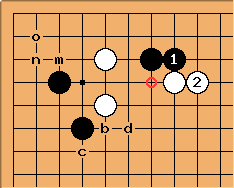 tderz: Could it be that the starting point

is too heavy and that one should retract to

is quite a basic Joseki move. 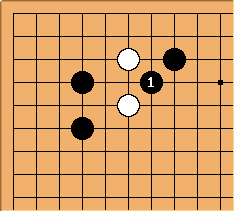 With the hoshi things are easier at first sight as there is an easy way to live in the corner. 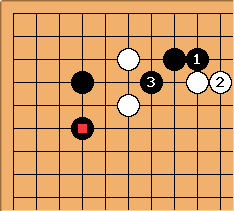 Here things seem to look easier as the marked stone is not as close as in the basic problem situation.