I am from Vancouver, British Columbia, Canada, and play as 5 kyu on KGS. I learned to play Go around February 2005. I learned of Go when a friend showed me a 'manga' magazine which included Hikaru No Go. At first, I thought Go was just a plot device which the writer had created for the story. Then I read an article in the magazine by Janice Kim, which had a link to her website (Samarkand). I learned to play and was instantly fascinated by the game.

So I started to play on the Yahoo Games server, and about a month later I discovered KGS and was hooked. Having only minimal knowledge of chess, I was completely surprised at how popular the game was, and that some people even made a living off of a board game. Sometimes I would spend hours every day at least playing, if not improving (it took me 18 months to pass the 20 kyu mark). Nowadays I try to study more, and I currently have a goal of at least 1k on KGS by 2011.

My other hobbies include amateur radio and website design. On April 1, 2010, I launched All About Go. The feedback has been good so far and I expect this website to be very successful in the future.

On May 7, 2010 I won the May KGS+ Tournament, Asian/European daytime 2k and weaker division. 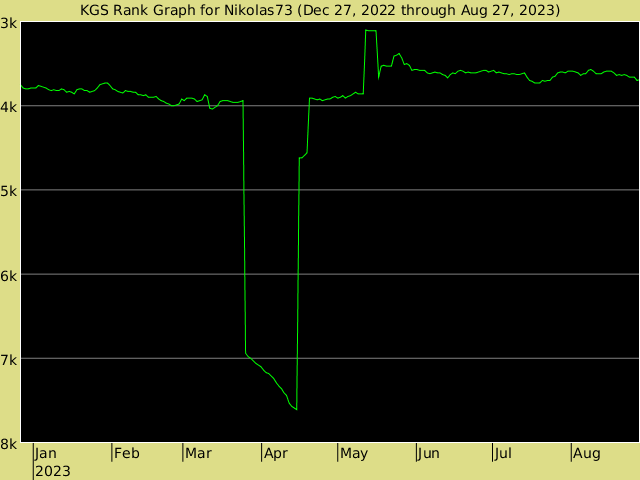