HolIgor: In my opinion Black 125 should have been at b (126 in the game). Otherwise Black would not bother with 123. Playing c and d Black killed the white group in the corner easily. Or there is something I don't get . 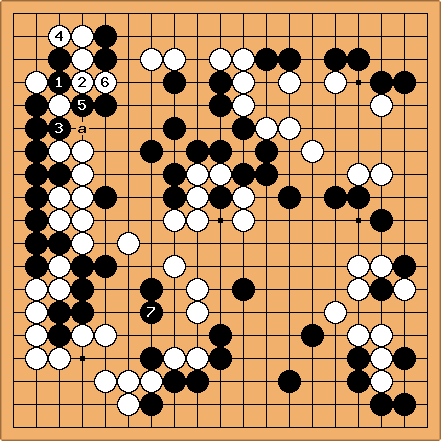 DaveSigaty: White will not connect against the atari so Black can not fill the liberty at a (was d in HolIgor's analysis). But even so, Black 3 has filled one liberty. In this case does White have an answer for Black 7? 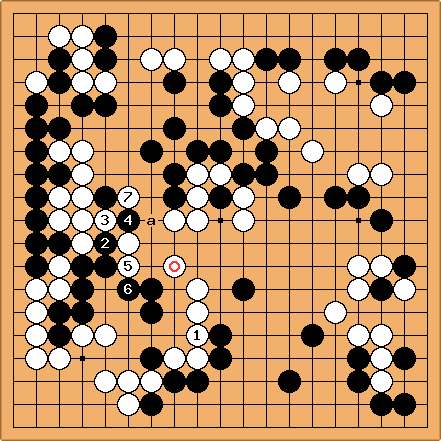 unkx80: It is likely that I missed something here, but how about this? If Black 2 is played at a, White can play at 4.

DaveSigaty: Nice timing with 5! I had not seen this move in relation to 7. It looks like the marked stone (114 in the game) did a good job of reducing the bad aji here. 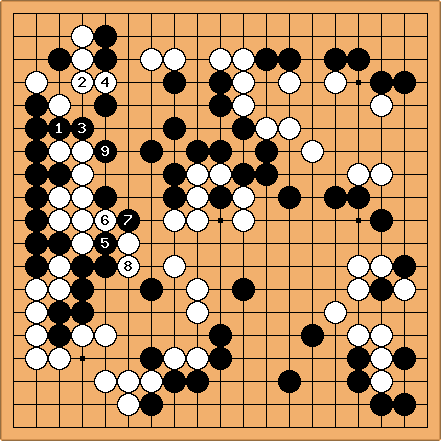 This was the initial plan. HolIgor

Black had to connect and then try to kill the group in the corner. In any case Black did not want this to end in gote. 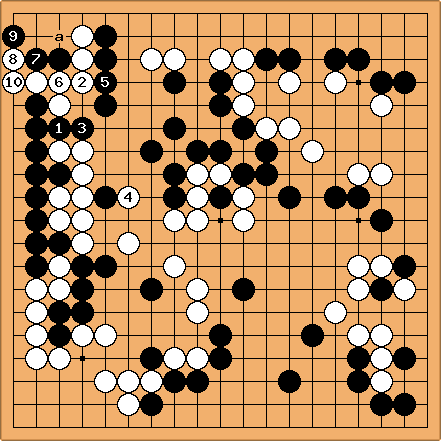 Play 11 at a and I don't see how White could avoid bulky five shape. It is a tsumego problem and I thought Black has to seek his chance in it.

DaveSigaty: In this diagram if White 8 is at 9, does it at least make ko? 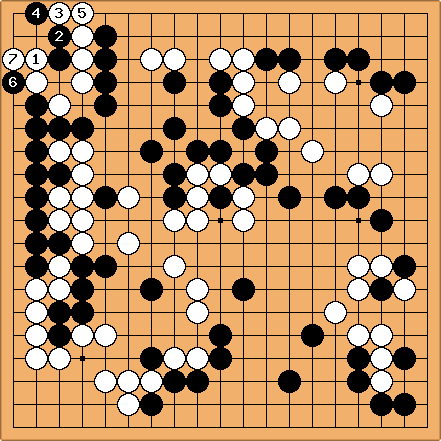 unkx80 White 6 in the previous diagram could be an error. As far as I see, White cannot be killed.