I'll keep this board updated as the game develops. This game is being played by email with a time limit of a year(!) 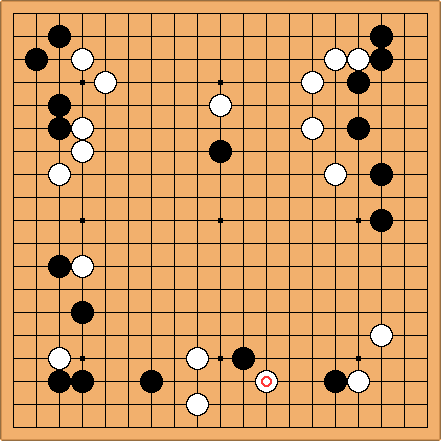 I don't know at what moment it is OK to add commentary in order not to influence the game. Are there any rules? Meanwhile, I will postpone my comment about White 6.

MattNoonan: No rules (that is, books, other players, etc are allowed by both Black and White), but don't give away all the answers. Wait... does anybody have all the answers? Why am I not playing with them?

Also: both players know about this page, so it won't give advantage to either.

DaveSigaty: If the moves are not numbered, it is going to be difficult to discuss after the fact :-) 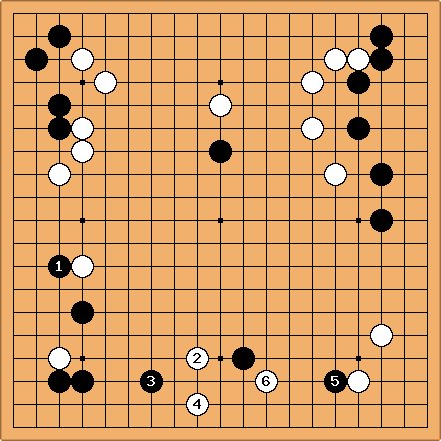 Fletcher: The reasoning behing 2 is... a) White feels he is behind and is trying to complicate the game b) White has a killer move to follow-up 3 seemingly scattered stones, c) Fletcher had a wierd idea on the train to work this morning. I'd say it's a 10%/30%/60% split.

Matt Noonan: Ok killer, ready to see what you've got. Had a hard time coming up with a non-lame response to 2, not sure that I've succeeded.

Fletcher: The timing on this part of the board is confusing... 4 is certainly not the plan I came up with on the train. 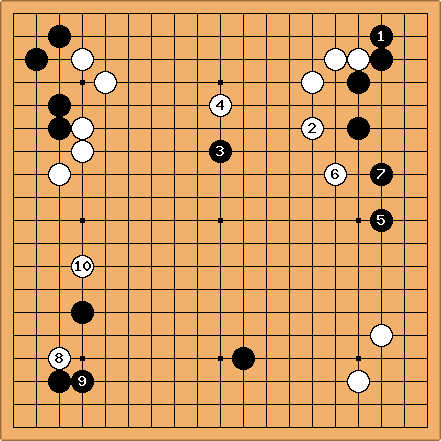 Matt Noonan: I had a hard time deciding, but I figured one move in the area of 3 would be a good idea. Especially if you were to reply around, say, 4...

Fletcher: There is no thought behind 6. Matt is frustrating me. 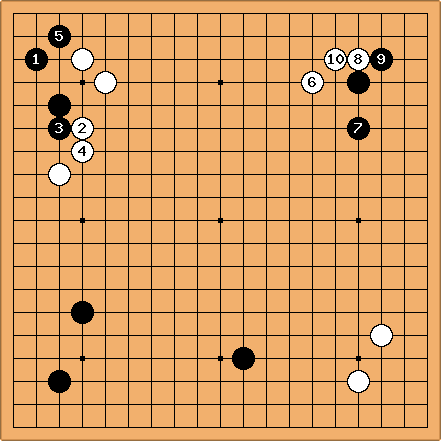 Kuolema: So how did it end?

Matt Noonan: After a long hiatus, back in play.

Fletcher: This game began, if I remember correctly, over three years ago. It's rebirth marks a new beginning to what was the most intense go rivalry in the history of the Connecticut River Valley. 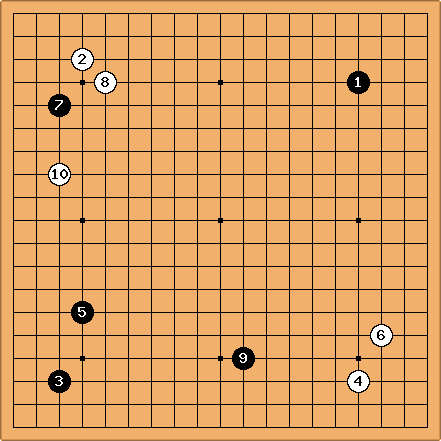