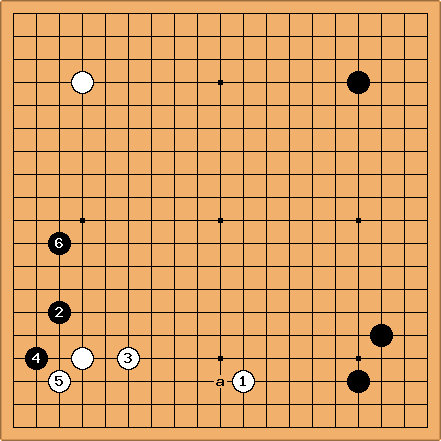 This is the Mark II Kobayashi Formation facing two star points. Waltheri has 910 occurrences for it. If we combine

with that move being played at a, the old corner pattern of

(or a) is too early a move on the side, which is Leela Zeros opening gospel. Instead, as you may guess, it recommends a 3-3 invasion the upper right.

is also a "mistake" and should be played as a 3-3 invasion in the upper left.

"fails" to take advantage of the mistake: 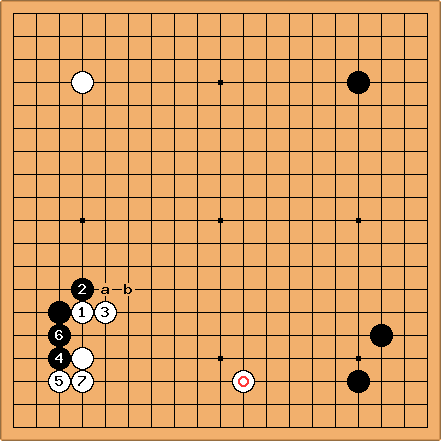 White should attach here and make sense of the marked stone, as we have seen in other reviews. KataGo gives White a 2.3 lead here. The struggle goes on with Black a, White b ...