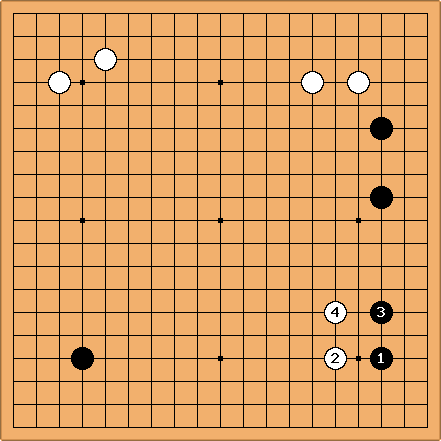 "I'm very confident in the opening" says Janice. "I operate by one principle alone: the brown M&M."

David Lee Roth, former lead singer for Van Halen, was always in some peril on tour. The stage could collapse if not set up properly. His idea was to ensure his crew were following the written procedures by inserting odd instructions about a bowl of M&M's with no brown ones. One the day of the performance, he would check the M&Ms and get outraged if there were any brown ones.

Janice suggested we consider "low stones" brown M&Ms. A low stone is one on the third line. It's main weakness is that it can be pressed down from the fifth line. A stone on the fourth line, by contrast, is not so easily pressed down since it can make a one-point jump securing adequate territory against the edge.

In the position on the board, black has the brown M&M. After

, white is delighted to approach high and press black down along the now-worthless right side. Black will not make a lot of territory here. In Janice's experience, whoever makes the brown M&Ms will probably lose -- everything else being equal, of course. 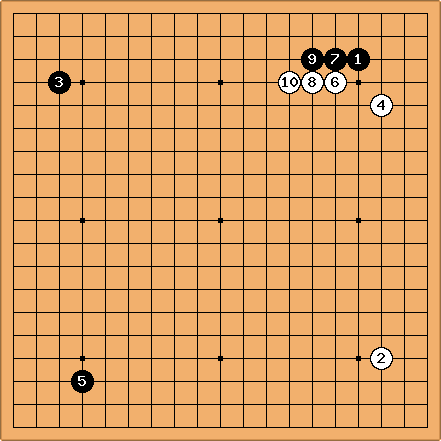 White played a strange move at

. This is a clear example of a brown M&M. It is low just like the stone in the lower right. This is a brown M&M because black can now push white into a low position. 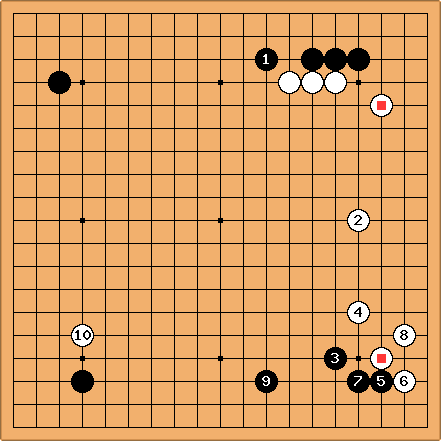 White tries to elevate his position with

. Black doesn't panic, because "some moves are their own punishment", and takes some cash while making a base to

. White is staking a lot on developing the right side, but starting from the low marked stones hasn't helped.