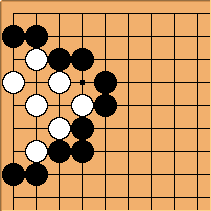 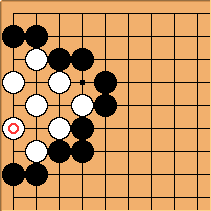 El Draco: I think W can only live in ko. After

, B could play as follows. 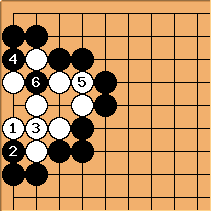 El Draco: And W has to win the ko to live.

seems simpler, since it captures three stones when the ko is won) 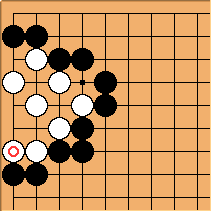 leads to a worse ko for W I think, though if won she gets two more points. I wouldn't play this way just to get those extra two points though unless you have to to win or if you have enough ko threats that are large enough anyway. 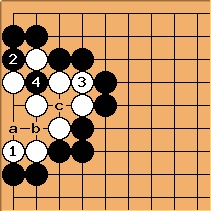 El Draco: And B has an internal ko threat at a.

If B exchanges a for b before playing at

, then it becomes a comparable result as attempt 1 (+2 points for W) and B has thrown away his free internal ko threat.

at a means that B can play at

or continue with the first ko if white connects at c).

In other words, W will have to find one extra external ko threat. 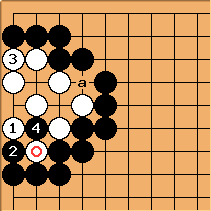 El Draco: Then W ends up with a comparable result as the previous diagram. B will have an internal ko threat at a to start another ko.

This variation makes a double ko for life (so 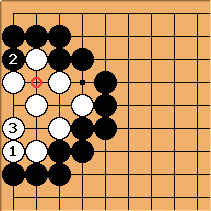 at circle. When White wins the ko, then black plays at the star point causing a second ko fight.

BobWhoosta: The better term is that white needs to fight two kos to live. If white had double ko for life it would mean he is alive. In this case, white has to win first one ko, and then fight another to live.