I wonder what kyu grading this is for??? 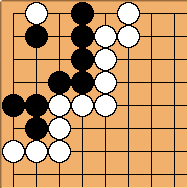 One sequence leaps out at me... another one seems possible, and a third option remains a subtle possibility. Instead of giving sequences, I hereby throw down some possible starting positions. 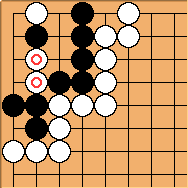 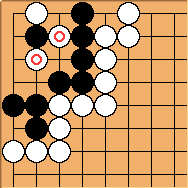 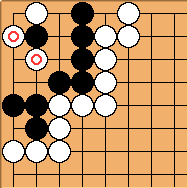 Or perhaps none of these at all?

Reuven: Yes these three are the main paths to consider, I guess you could threaten the 3 stones in 2 other ways but they're clearly worse than the first attempt. As far as kyu grading and typeof problem: This is a typical find the right ko-threat kind of problem but I guess that without a board this might be sdk stuff but with one I think that most 10ks could analyze the situation correctly.