Oblique fort, an original opening by JBaduk aims at making a wall and making side territory while retaining influence. The first move in the corner is a 4-5 point move. Usually the next move is a 5-3 point or 6-3 point corner move to solidify the wall. There is barely any known joseki for 6-3 point so check out the joseki on josekipedia for ideal wall making joseki. If the opponent plays their second move to block your next 6-3 or 5-3 facing the 4-5, just play 6-3 or 5-3 move and study joseki to create this wall, it still is just as good. 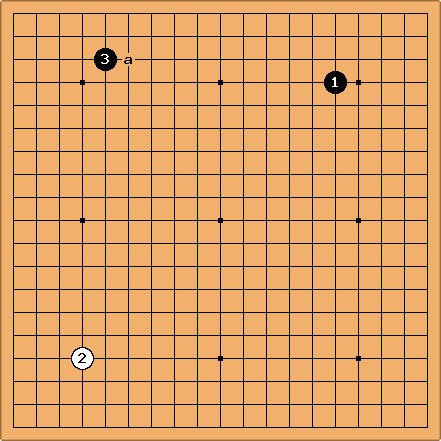 a, or 6-3 makes more of a safe moyo, but less corner defense then 3 or 4 on the second diagram. 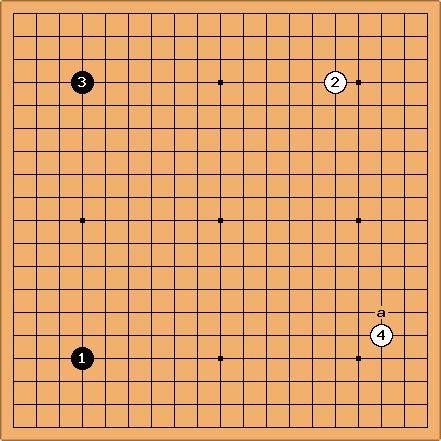 The 5-3 version of this opening actually has quite a bit if history. It goes back to at least the game below. Dave 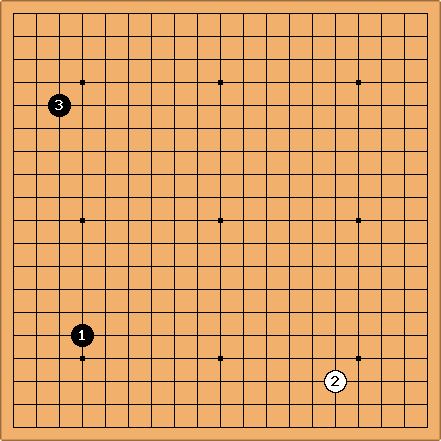 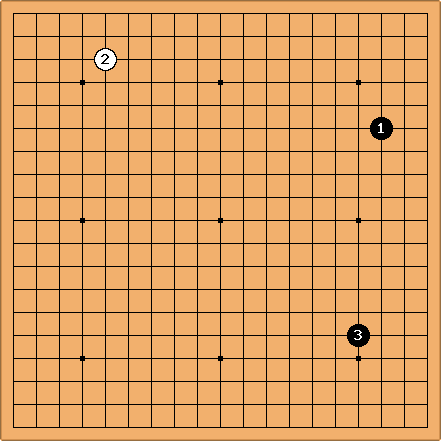 The 6-3 version has been played in professional Go, but much less so.