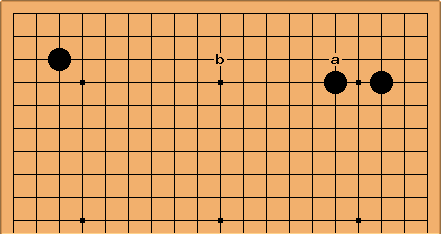 This side formation was much more popular than Hosai's formation itself (enclosure at a), for reasons of balance. Black with another play at b can make a good territorial formation. According to Kato Masao in Go World 6, this pattern was known as Sakata's "sure win" fuseki in the early sixties. Ogri 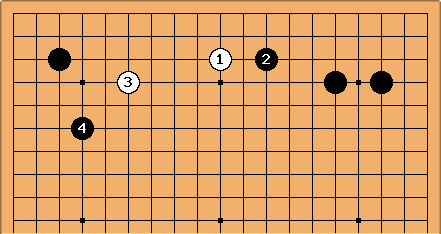 It is natural for White to play the wedge

at an early stage, and for Black to play the checking extension from the side of

is light and White can reasonably play tenuki after 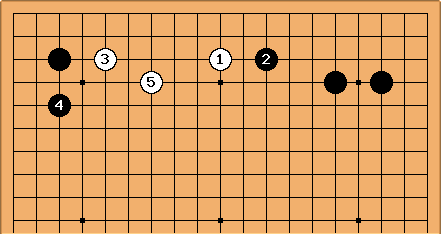 This seems to be the other common way to play that is seen in pro games. Here White is much more settled, but takes gote.

This pattern seems to have fallen out of fashion after 1990.