This page or section is a stub. Please expand the page with qualitative content. 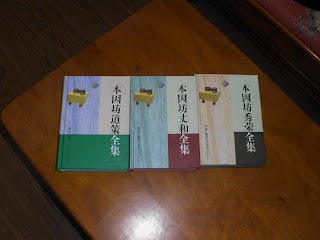 valerio: Book title, 本因坊丈和全集, is pronounced "Běnyīnfāng Zhànghé Quánjí" in Chinese, as remarked by Bob McGuigan, and "Honinbo Jowa Zenshu" in Japanese. Judging by the index, I think that it contains all the remaining 286 games of Jowa (69 of them against Gennan Inseki). A complete

collection of Jowa's games in SGF, including some text files (in simplified Chinese, GB2312 encoding), with biographical notes of the main Jowa's opponents.