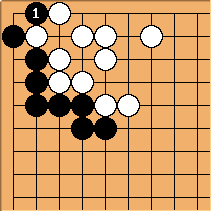 When is fighting this ko is favourable? It is quite large[1] as both opponents can end the fight by capturing another stone. 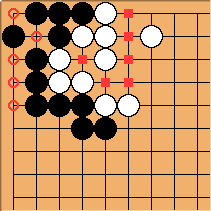 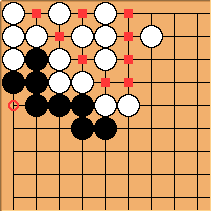 Black has a move as the compensation.

the ko is indeed large. Typically,

is not good. But when Black is komaster he can pick up 2/3 of a point in two net plays by the following sequence: 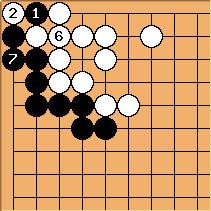 In a neutral threat environment when plays elsewhere gain between 1⅔ and ⅓ pt., Black can throw in with sente. 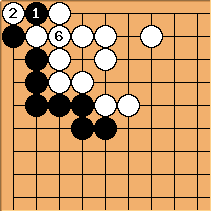 Thanks, Bill. So, the value of this position is not large. This settles it. I can now proceed to the next typical position. 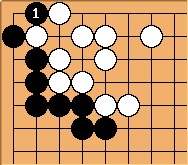 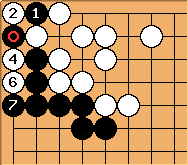 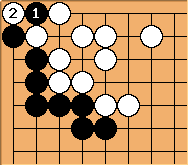 for when Black has enough threats with swing greater than 5+(1/3) and the ambient temperature is between 1/3 and 1. 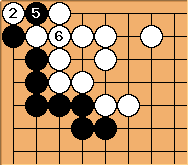 If Black manages to do that, then White should back down with

, which lowers this corner's temperature to 1/3. Note that White doing so results in Black keeping sente. 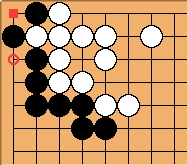 After White backs down in that way,

would be a 1/3-point ambiguous play and

would be sente for White.