Hanging connection to the 2-2 point as good shape 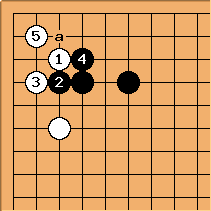 In this and similar invasions

is good shape: this hanging connection induces Black at a, and after White connects she has a group that is easy to defend. 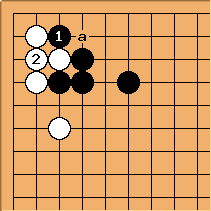 here as kikashi: after White plays

Black has no immediate need to defend at a.

If Black fails to play at

immediately, White can play at a as kikashi. This is effectively a double sente position, in endgame terms. Therefore 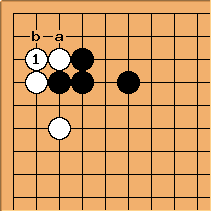 here, the solid connection, is a rare play, not joseki. It is sometimes seen in pro games, in positions where White has reasons to deny Black the kikashi play.

One comment about its rarity is that White would then ignore Black at a, to be consistent. But normally White does want to answer Black a at b, giving the same end result. White's group is the better for having the option of the ponnuki capture, too. 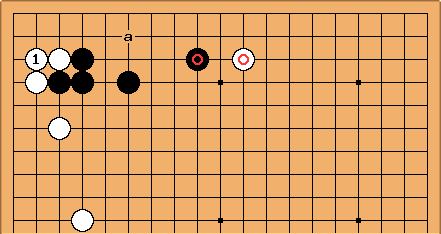 . White has retained some interesting invasion aji, at or near the point a.