Enterprise is a television show in the US. It is a prequel series in the Star Trek science fiction series.

Here is the position of the game shown in Enterprise, episode 'Cogenitor', subject to some possible transcription errors from the TV image. 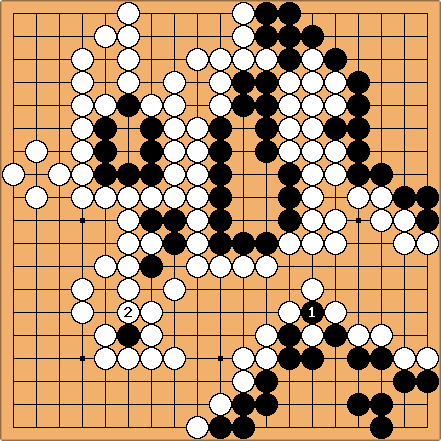 Black seems to have around nine white prisoners.

Black (the teacher) plays at 1, White (the pupil, playing its first game) answers at 2 and thus secures the win against the champion of the Enterprise, undefeated for two years.