Golaxy is a strong AI that is available to play against on an electronic go board and can be purchased through kibabaduk@naver.com. The board has beat a 8p professional on Youtube, giving her 2 stones. It has an English, Korean, or Chinese interface. It detects where you place your stones, and it can indicate where a stone should be placed with a flashing light in the corresponding position. Lower difficulty levels are available to play against on the board as well, and utilize katago and leela zero, both strong AIs in their own right. 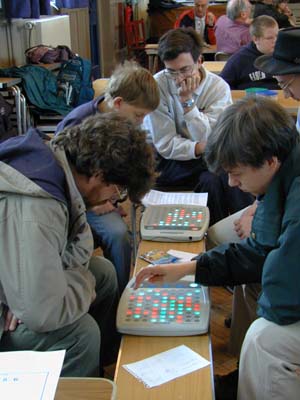 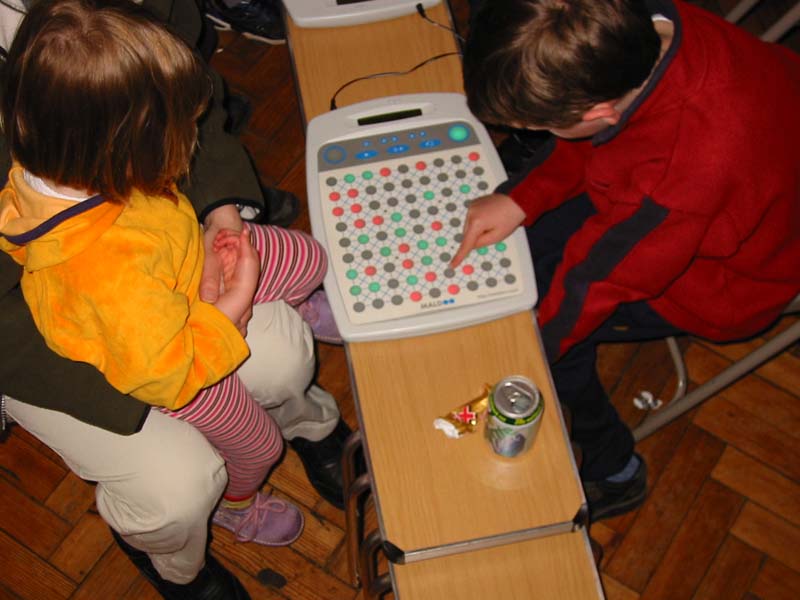 Netgoban is an electronic Go board that allows you to enjoy the feeling of a traditional wooden Go board while taking advantage of all the possibilities of online and computer Go.

It may be made out of any normal wood, such as Shin-Kaya, and it is connected to the PC through a USB cable. It detects where you place your stones, and it can indicate where a stone should be placed with a flashing light in the corresponding position. And it's clever enough to figure out where you played even if you slide the stone over the board when placing it! Optional feature is a go clock embedded in the board itself, allowing you not to take your eyes of board until the end of the game.

A normal or big size board is designed by gizmodo using e-ink. This is only a design. (april 2009)

There is a company in China offering an electronic Goban; unfortunately the site is available only in Chinese.

There's a page about it here

Another more general option for an electronic board is using a tablet laptop / Ipad and go software that allows you just to point at the place where you want to play.

In the early 1980's the Nihon Kiin sold an electronic go board. It looked like a floor board but each intersection on the board had a small light. This device had several uses. Pre-programmed instructional modules allowed you to replay professional games or solve problems. The stones that were used with this board were magnetic so that the board "knew" where the stones were played. Thus there was a guess-the-next-move type of presentation for games and problems. The device could also be used as a sort of modem that made it possible to play with another person over telephone lines.

Link to article on this board

A specification intended to define a standard interface between electronic go boards and computer programs, a functional description, and a

An other way is not to have a goban at all and just project the whole board and stones.

Also it is possible to play on a real goban but have extra effects added to it For an example see:

--TestPlay09: please add more information about possible realization or buying. I found first part of the story, so to say:

http://senseis.xmp.net/?ComputerVision There were few forum discussions going on, but not much more that already on posted link.

Does anyone have any fresh and up-to-date information on such systems?