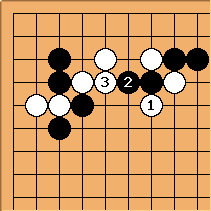 This is from a tricky joseki, as played by some low-ranking Korean pros. After

will make something good happen for White here (a good empty triangle). 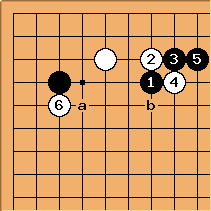 here is not a move that is easy to find. (For current conventional play see 3-4 point low approach one-space high pincer, contact underneath). It was seen in a title game (game 2 of the Meijin match Sakata Eio-Fujisawa Hideyuki 1964-08-08). In earlier pro games (cf. Gobase) Black avoided replying at a, presumably because White at b is always going to set up some kind of driving tesuji. 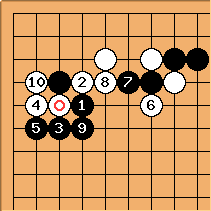 This is how it went in that game. 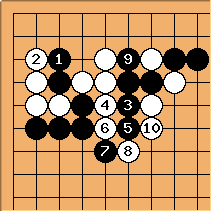 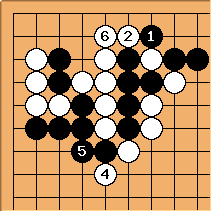 White ends up taking the corner. 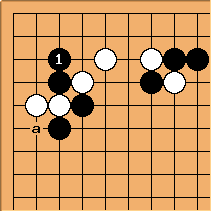 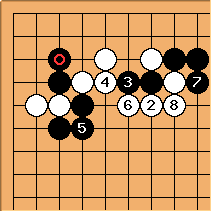 That game went on in this fashion, with

as given in the solution. 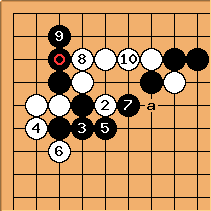 Analysis from 1964 was though that White could get a good result this way (this was reproduced in Modern Joseki and Fuseki). The corner is big, and Black's influence isn't perfect while White can play at a.

So, has this line been reassessed after 33 years or did it depend on the overall position ...?[1]

[1] It turns out that both variations are in the modern Igo Daijiten (my Korean version).