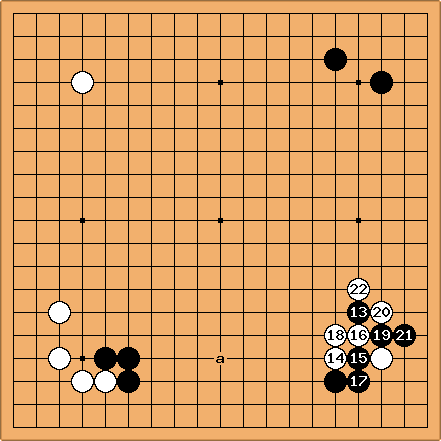 After the common exchange in the lower left, Otake does not simply extend to a but expands to

captures a stone in a ladder. See taisha tobitsuke 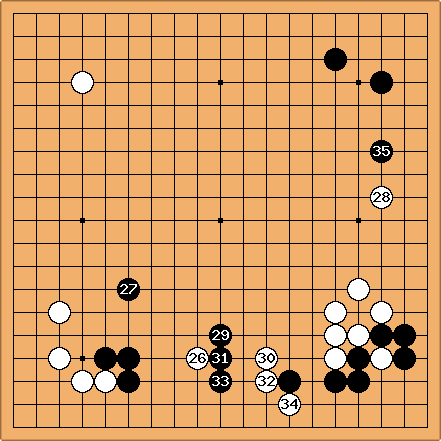 is a typical calm move. With

Otake lets White intrude in his potential territory, creating a strong central group, before taking the big point at 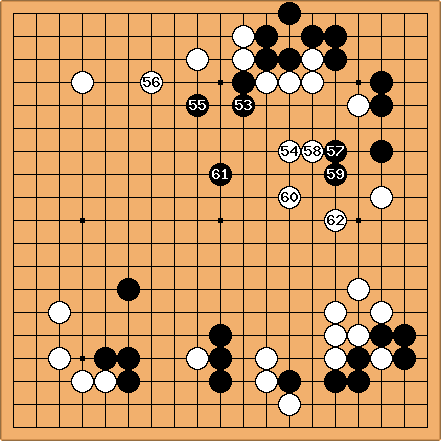 The skirmishes in the top right lead to a cut.

sets up a beautiful sequence.

. The next move I guessed correctly when first replaying the game and I was quite proud I did! 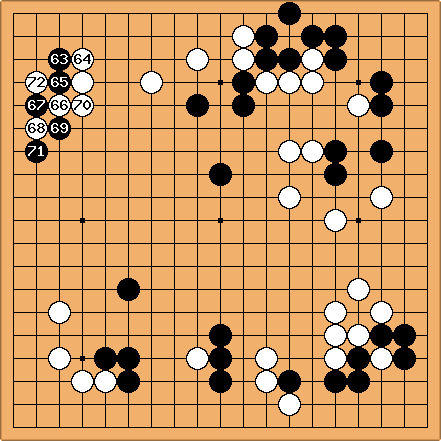 is natural, given the fact that Black's horse head has neutralized the centre. White resists with a double hane at

but Black is unimpressed and simply follows the proverb to capture the cutting stone. 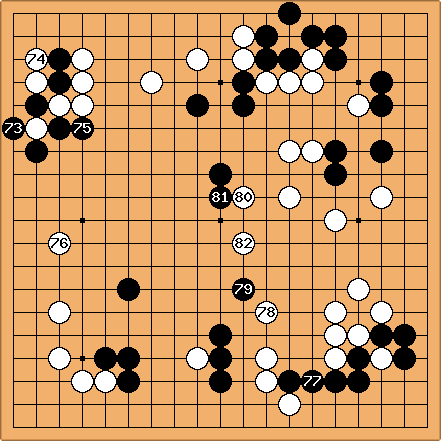 The strong Black group after

starts a correspondence with the other Black influence. White's

looks quite necessary to prevent a considerable moyo. This constant reutilization of influence for different purposes is the hallmark of Otake.

and Black is again forming a sphere of considerable influence. 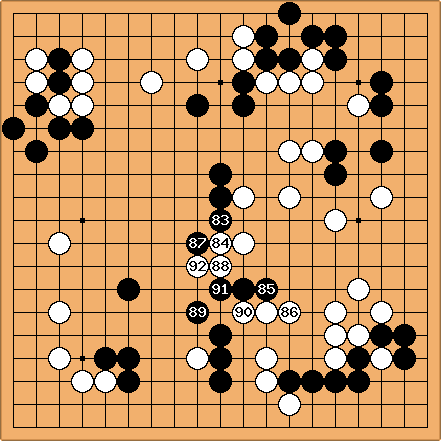 The centre tactics are a little difficult to follow. Anyway Otake is not in a hurry to make a big territory in the centre. With

he preserves mostly his thickness. 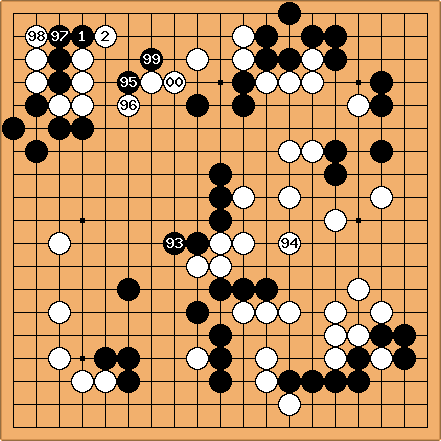 The same goes for

may have been a bit too slow, although it is good shape and probably (from a pro standpoint) necessary for the health of all white stones in this area.

starts the final blow to White's territorial prospects. The resistance of

may be necessary to keep victory in sight, but now Otake sets up another beautiful sequence. 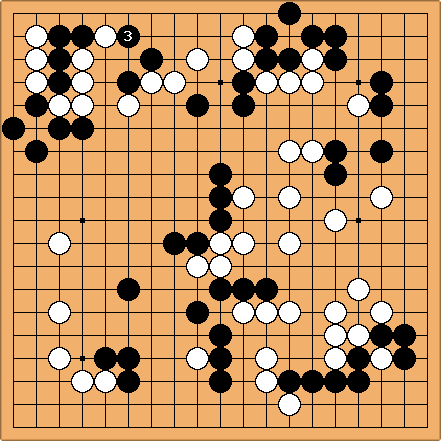 After this tesuji, White cannot save this area.

This early game of Otake is in my opinion a nice display of how influence and thickness can steamroll across the entire game.

emeraldemon: who is white in this game? Answer: Naganuma Makoto