http://www.dapasoft.com to see more info on where and what I do).

Started in end of Jan 2004, and hope to solid at 1D by end of year! Currently I like to play huge handi fighting games. If you live in the area, give me a message on my alternate account! (FriedDucky)

Right now focusing on large handi games. Things that I've learned so far to becoming 1D and the handi.

1) Requires full attention (no watching HNG while playing!) 2) Need stronger dan's to teach me 3) Must look for more sabaki, less making solid moves in response to moves that help solidify opponent 4) Must solidfy groups in order to attack later (not all out crazy attack with 2 weak groups vs. 1)

important concepts learned: 1) You can play calmly and still win the game. Fighting unneedlessly causes an "all-out-or-nothing" play 2) Seal before kill, even in handi games. 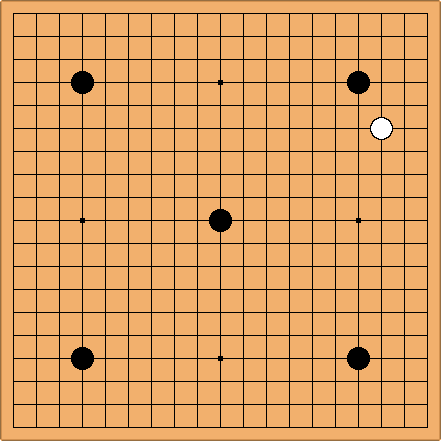 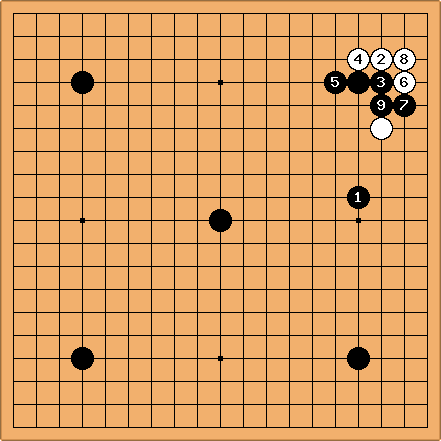 White probably doesn't want this way of playing because black gains much thickness. Instead, white might consider more complicated variations.... 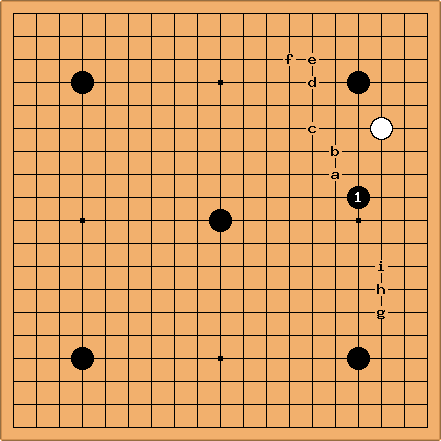 If black responds correctly, he'll come out on top. However the idea behind handi is that white is better fighter, white should overplay in such a way that black isn't careful, white will gain much thickness/territory in reward (see bottom). 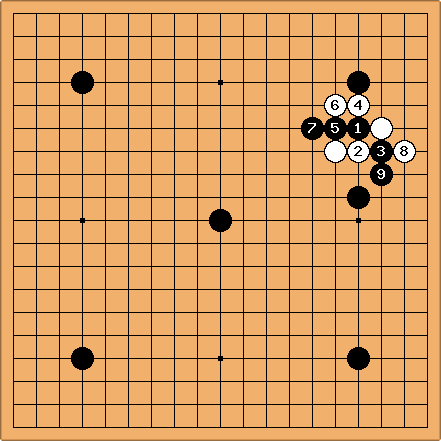 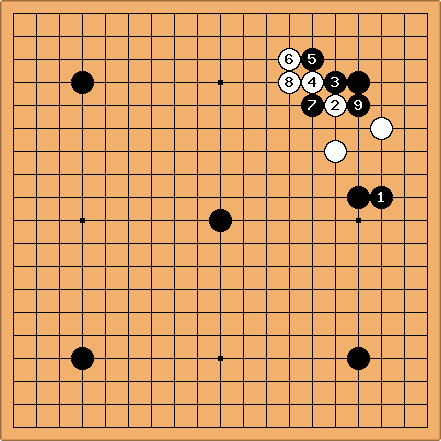 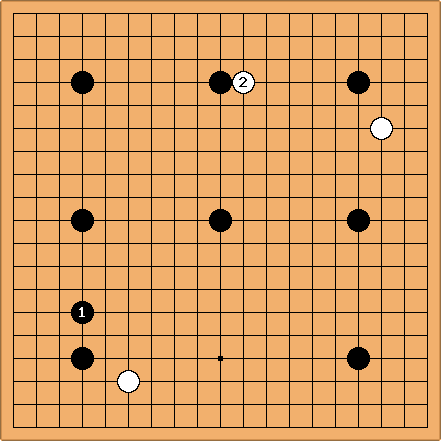 I always used to play 2 here as a trick play. My plan was to build strength to attack top right. However this is considered a bad move. Despite attacking top right, top left gains strength and white powered up an idea that could of been attacked later. I picked this bad habit from watching too many pro teaching games :( 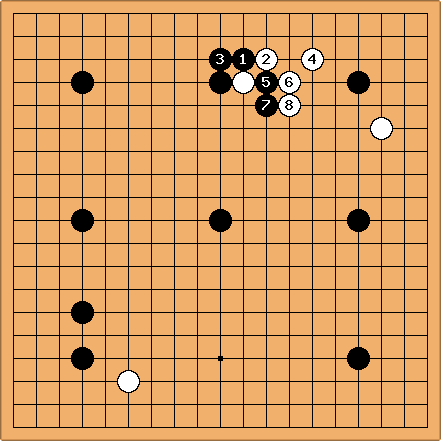 "Hane at the head of 2 stones is dangerous" 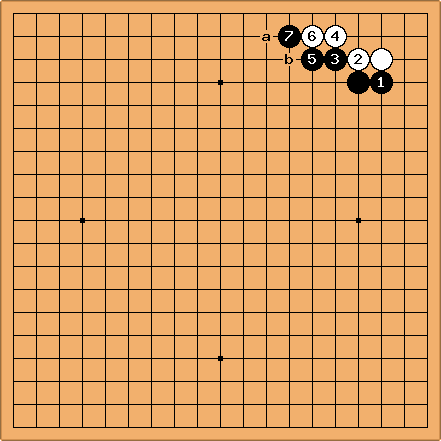 Black 7 is VERY dangerous, as it allows either white to play A or B. Black should of normally extended to B instead of playing 7. 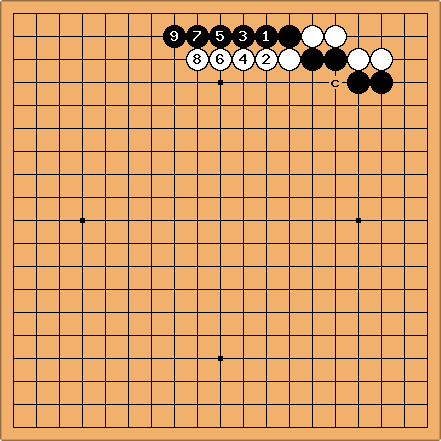 if B, black is forced to crawl on the 1st line, while white gets a magnificant wall, which can be later used to threat the cut point at C

Many kyus make the mistake of taking away the eye space before sealing their opponents group. This is bad because it gives the group a chance to escape, and also becomes and can become "all or nothing" fight. 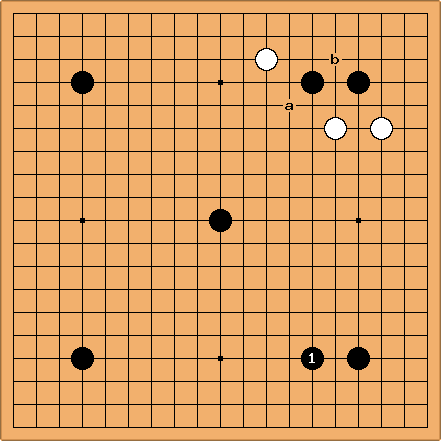 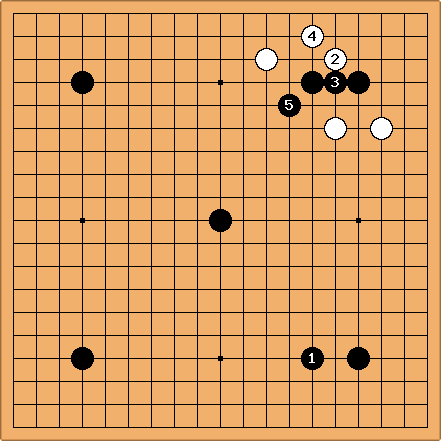