Tamsin: If you have ever played Mortal Kombat or other video games, you will know that advanced players use combinations of moves to despatch their opponents. These "combos" multiply the strength of single moves to devastating effect.

The same idea can be applied to Go. Many of the tesuji found in advanced textbooks such as the FujisawaTesujiDictionary are actually two- or three-step sequences of tesuji rather than "bread and butter" single-move techniques such as the belly attachment or Nose Tesuji. Here is one example from Fujisawa's dictionary: 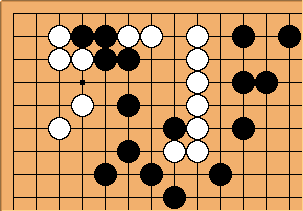 White can cut Black, but it requires two good moves to do it. The first is easy to see: 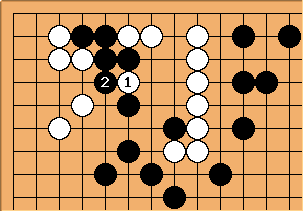 White completes the separation process with the following blow, which looks vulgar but is actually unstoppable, because a and b are turned into miai after 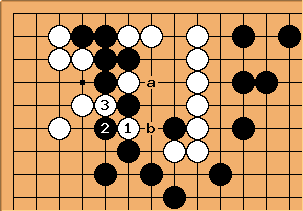 Please note that Black's alternative reply fails like this: 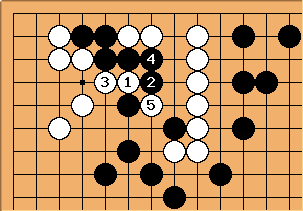 Please note also that White cannot reverse the order of moves, as Black can survive in the following fashion, finishing off with a: 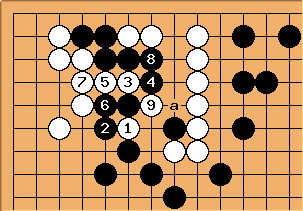 It is interesting to recall that chess players use the term "combination" to describe clever sequences of tactics. Learning to think of tactics in this more extended fashion can only do good for your reading skills in Go. When you cannot find a simple way to solve a tactical problem, try finding a way to set up a solution by playing nearby.

Here is another example: 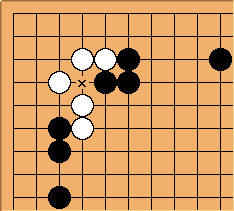 Black can cut White in two, but the simple cut at x fails like this: 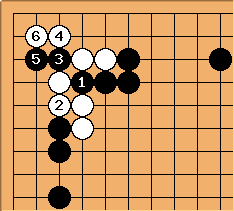 The answer is to use a combination in which the first move makes the cut possible later: 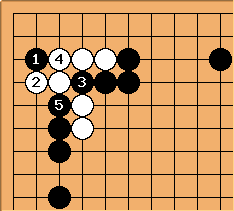 The result is unappealing for White if she tries to resist, as Black links up beneath her and sets her floating: 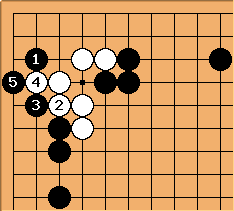 What happens if White resists more strongly with 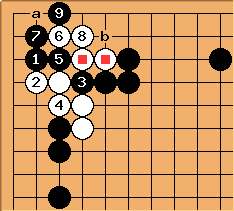 Black captures the marked white stones with the sequence up to

This can turn into a ko after White's throw-in at a. Try reading out

at a, instead. --Charles

No, there is no ko. If white throws in at a, black does not capture the throw-in, but gives atari at b. --Andre Engels