The following analysis is based on the game record published at

http://gogameguru.com/chen-yaoye-wins-15th-china-korea-tengen/ and a pattern search at gobase. If David Ormerod or Jan Vandersteen object against this usage of their sites, I will remove this analysis. The intention though is to provide mutual linkage and benefits. Until further notice, the analysis below is conducted at 2d level. 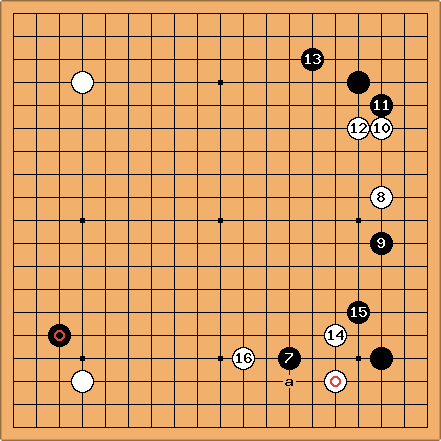 In this opening, White (Choi) ignores the Black approach of

, to approach himself at

and White enters the side immediately at

. There seem to be many alternatives for

For the pincer, see 34PointLowApproachOneSpaceHighPincerOneSpaceJump

has been played at a too. 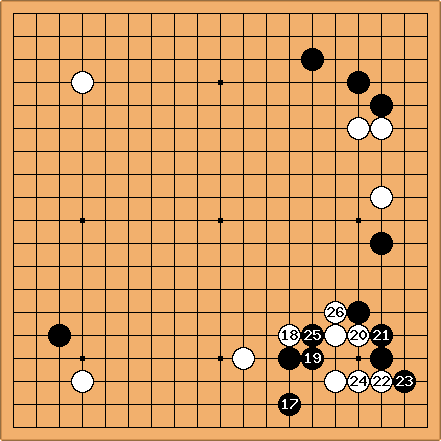 deviates from an earlier game with the same sequence [1]. The game becomes a complicated battle. 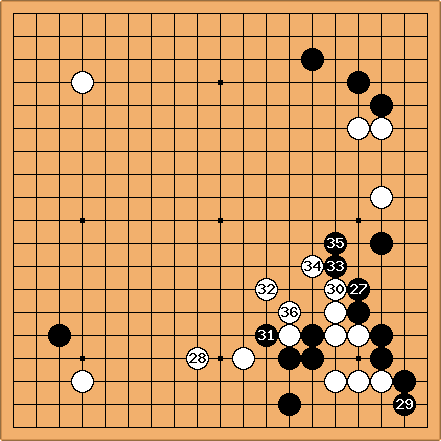 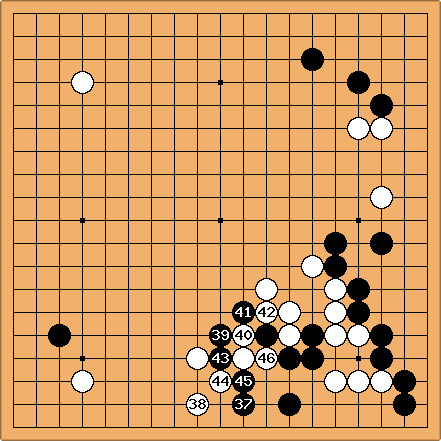 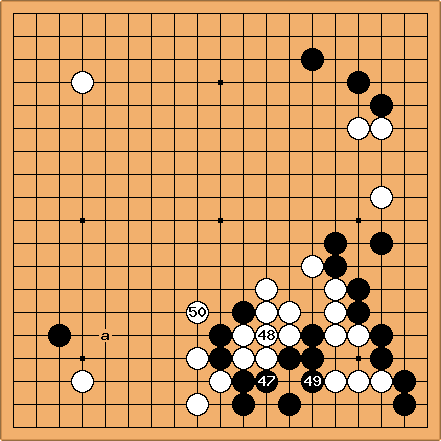 After the fighting is done, White has central thickness, but Black immediately proceeds to nullify its influence by continuing at a. The fighting never really stops. 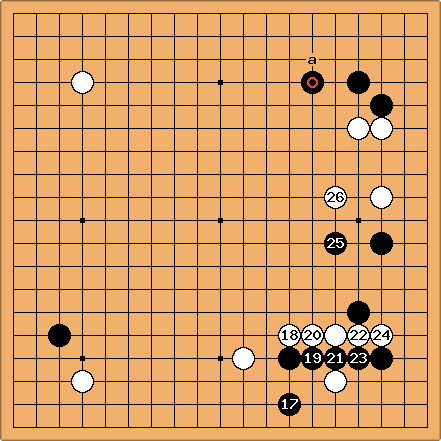 In 2008, lee Sedol and Park Younghoon played the same opening (except that

was at a in the reference game) 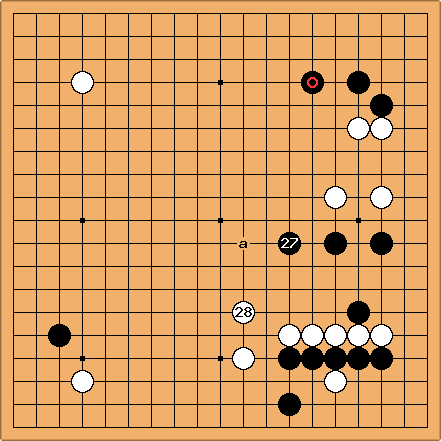 The corner exchange proceeds rather peacefully with

creating good shape. Next, Black continued with a. It seems that Black is well ahead on territory, while not behind on strength. Indeed Lee Sedol would win by resignation, but I cannot tell whether the opening was decisively favourable.