When an opponent has a weak group, with one or no eyes, within your sphere of influence, you can use aggressive moves to drive that group against your thickness in order to solidify your own territory or prepare for an invasion. Often, the profit to be gained from these attacks is more significant than if you were trying wholeheartedly to kill.

On the other hand, chasing is not without its risks: you must consider the direction of play in order to make your attacks effective and avoid destroying your own territory by driving the opponent through it. (For a humorous-sounding but serious example, see Squeezing Out the Toothpaste.)

Chasing should be distinguished from a running fight, which involves two or more weak groups, with Black and White both competing to escape. Chasing involves one player using his thickness to push the other player's heavy, weak groups around.

The example below, from a 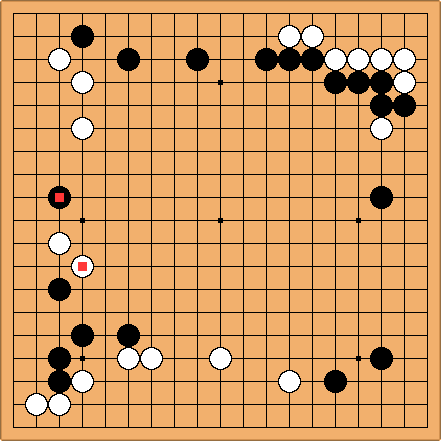 , the white stone is weak, and becomes a target of attack; white begins to run away with 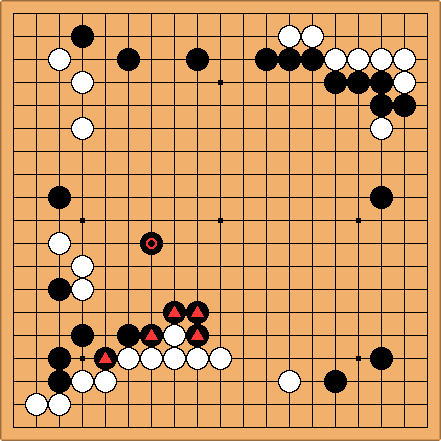 However, Black executes a leaning attack against the bottom side with the

stones, building thickness facing the left side. He then initiates a more severe attack against the white stones on the left with 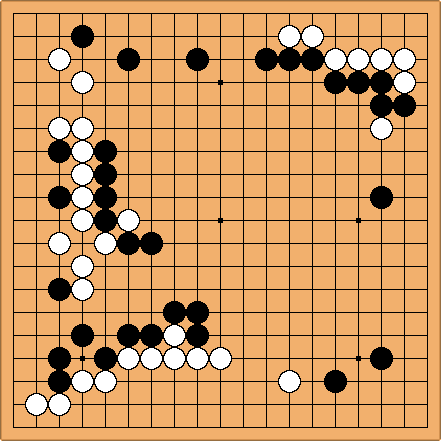 A few moves later, White has connected her groups, but Black has built a thick position on the left and a moyo that commands a half the board. The game did not reach the scoring stage; White resigned in the position below. 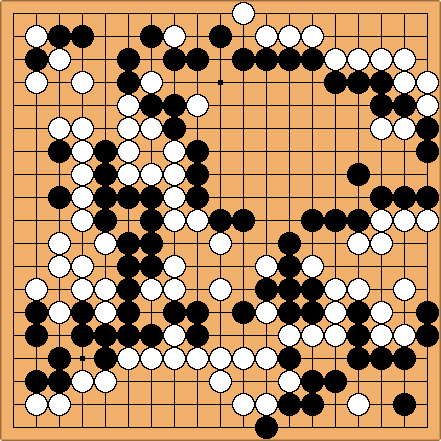