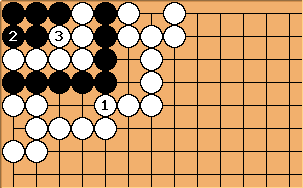 Gronk: Note that it would be a mistake to play

since it allows White to capture by occupying a 1-2 point, yielding a real five-point big eye, which has eight liberties. White would win in this case. 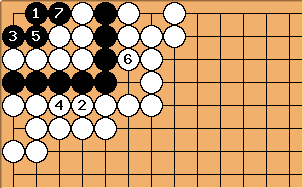 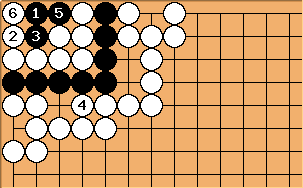 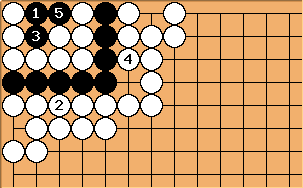