This is the only game I got a comment for so far, so, of course, I showed the game I lost... 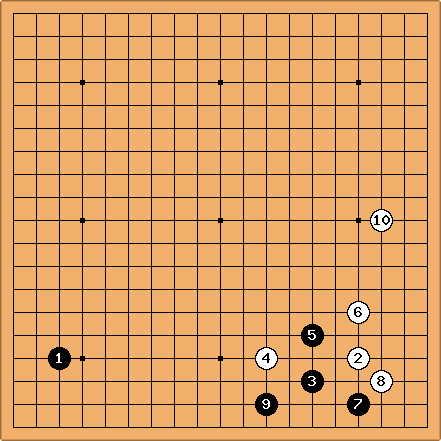 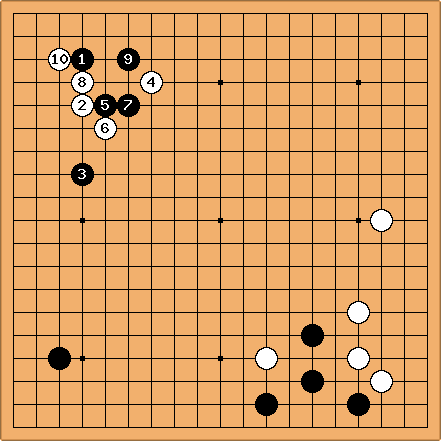 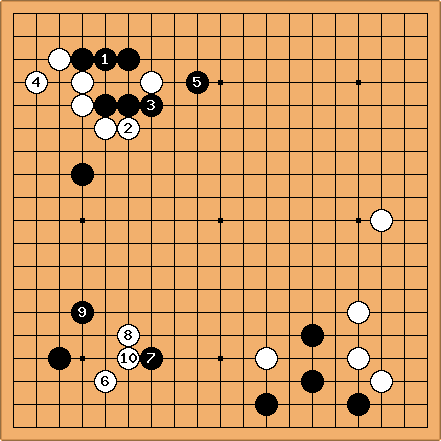 7: Playing on the left side is bigger. 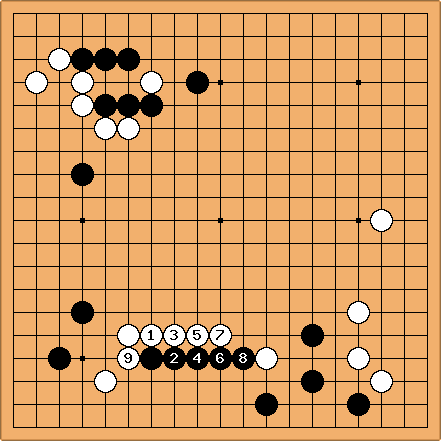 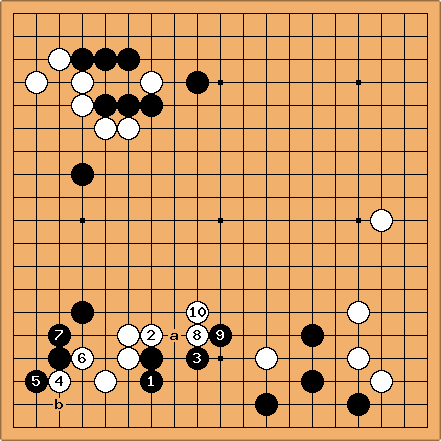 4 and 6: These make Black stronger, so it's better not to play them, as White maybe wants to attack with b later instead. 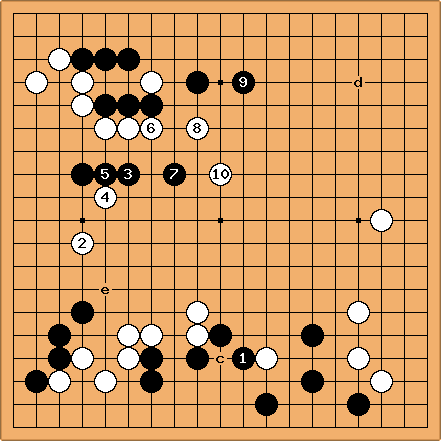 6: Very bad, as it just cuts two strong groups. Has to be at e. After a black move at 6, white would just play d, as the two stones left of 6 aren't worth defending then. 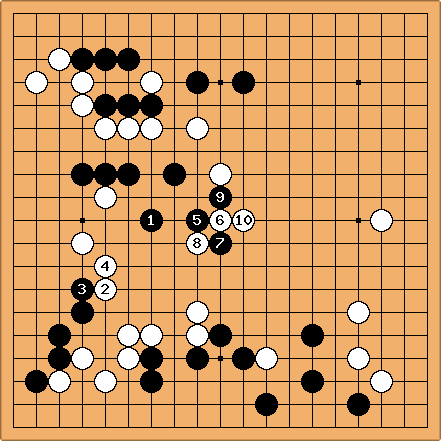 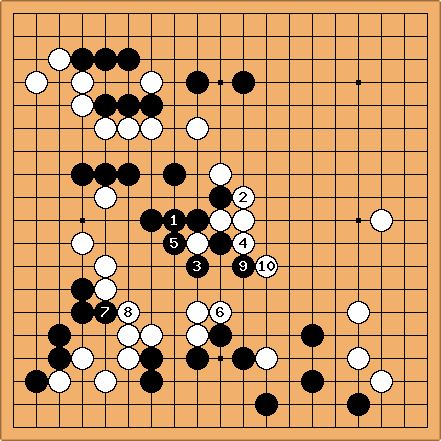 4: The white stones become weak now. Probably it's better to play like in Variation 2 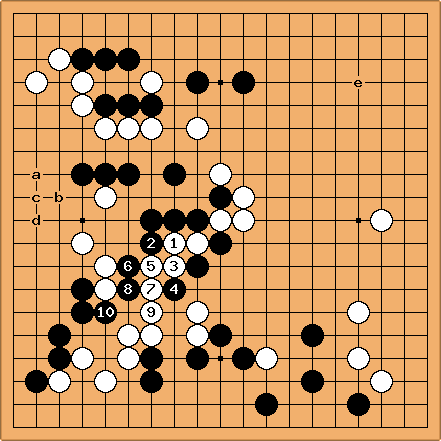 Variation 2: White sacrifices some stones to get thickness and sente and takes the free corner afterwards. Probably the game is close then. 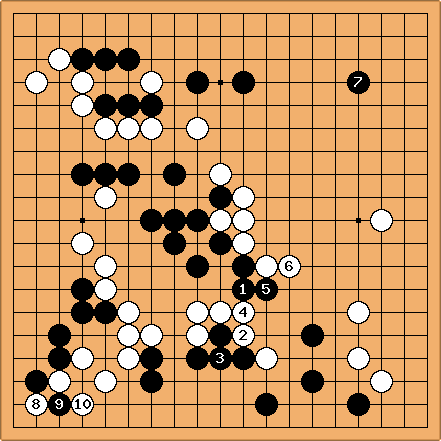 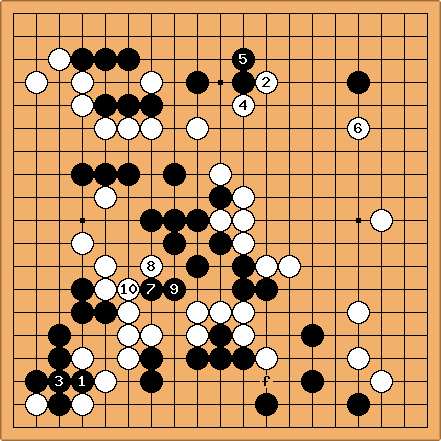 2: Maybe the losing move. f would be the Ko-Threat. Now white comes under heavy attack, but even after he lives he is behind. 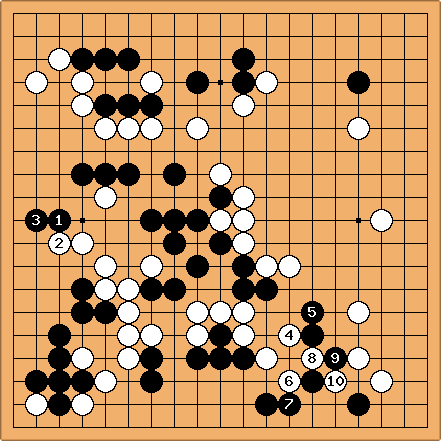 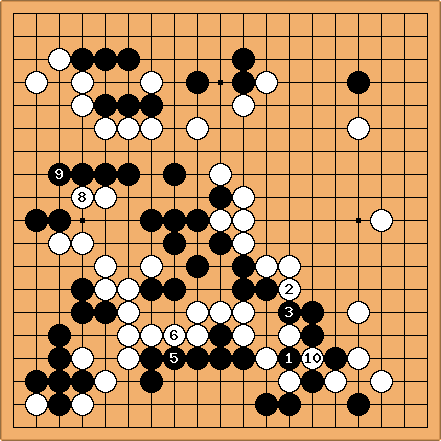 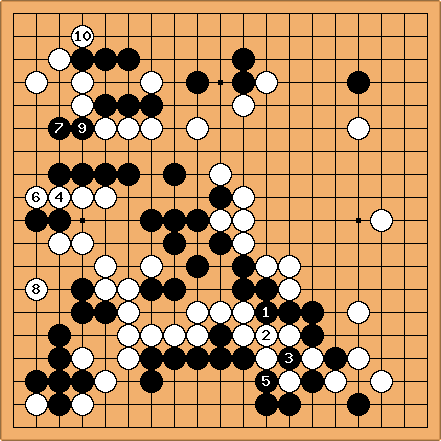