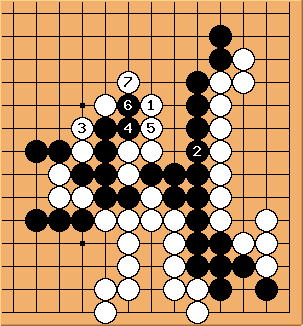 jts: Presumably in a game the sequence would end at 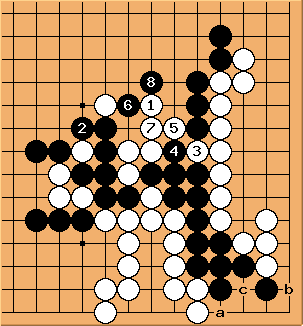 white still captures but has to throw in at c, which is the correct technique. 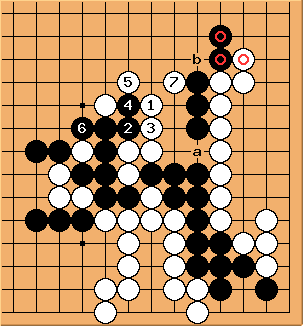 unkx80: I am not convinced of your solution. What about this? Reuven: Oh I was actually thinking of the solution proposed here and totally missed this as well... It seems the problem was wrong :) Perhaps if these (circle marked) stones are removed, it'd work? Or do you guys have a better fix?

next, preparing a cut at either a or b? 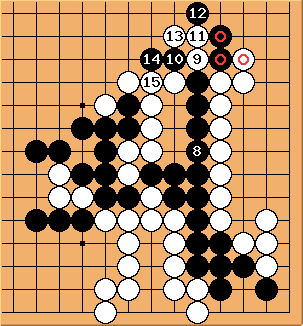 looks like aji keshi if the ladder is no good. Also making bamboo instead of directly connecting reduces the libs on white's cutting string. 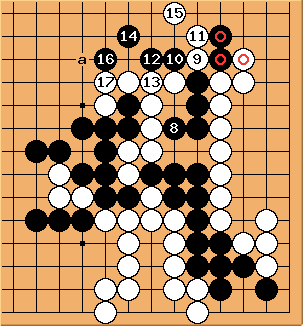 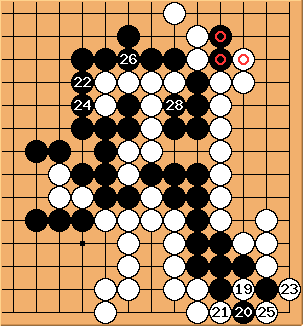 W connects around the corner, assuming B can't win the ko at 7. If W's bottom group was dead instead of alive it would make a wicked problem.

MrTenuki: It seems to me that White can avoid the ko altogether under this variation. But we still can't count this as a solution because it depends on a ladder being broken. 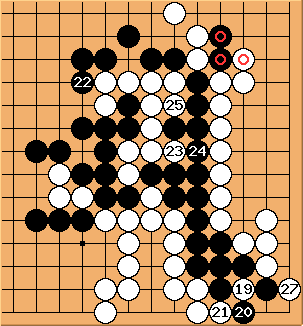 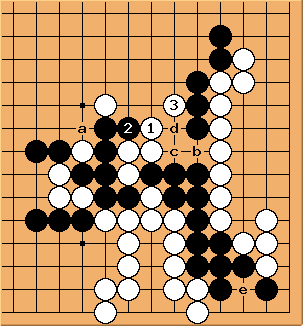 at d captures the corner because White will have time to play e. If

is played at b, then

will be played at a. So Black resists... 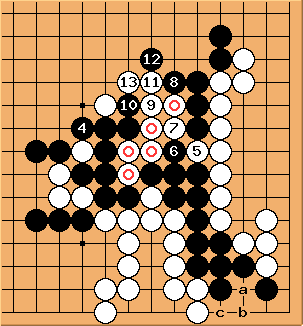 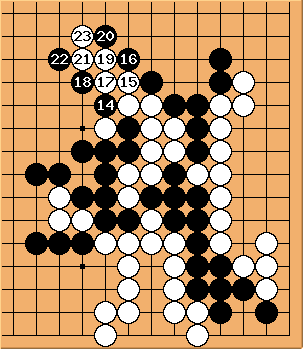 ...but the ladder seems to be broken. Unfortunately, Black seems to have a better refutation: 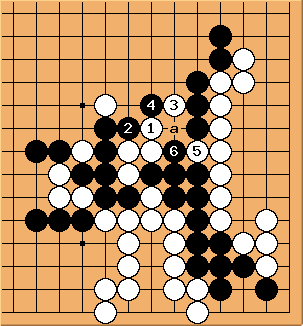 cannot be played at a due to a shortage of liberties. 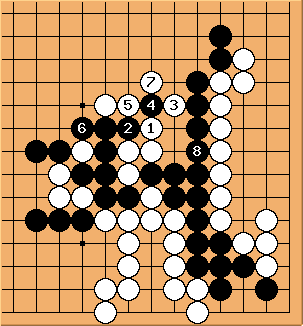 At least White retains sente. But is this good enough? 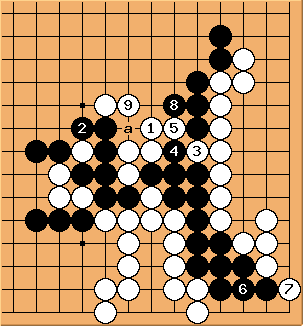 fivebells?: Sure I'm missing something. Would be grateful to learn what... If

, and White connects through on those stones instead.

togo: When Black foolishly answers with

, this indeed could be a continuation. Anyway, Black had no chance then. And indeed Black always can connect the big dumpling, with White catching the small group afterwards. But here is a better play: 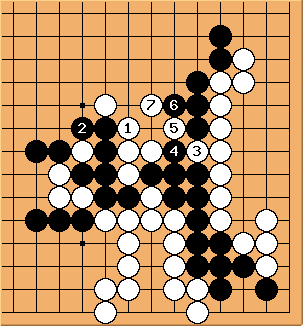 . W cannot save her cutting stones. 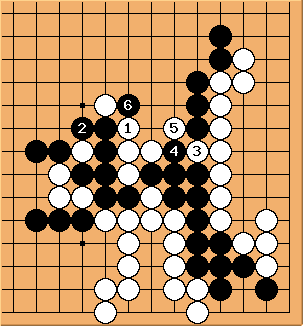 Togo: As said above.

togo: I moved fivebells' diagram to an earlier position; it was already answered there.

So, next try! There is a solution.