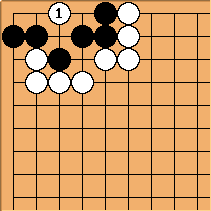 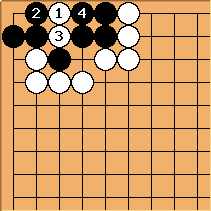 Black captures the two white stones and White throws in... 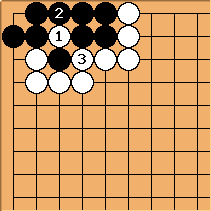 Black is reduced to one eye. 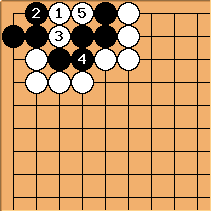 Anonymous: It should also be mentioned that

, which would normally secure the second eye, does not work in this case, because of shortage of liberties.

"would normally secure the second eye"? 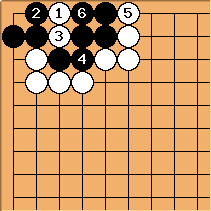 Answer to TimH: Lets give Black an extra liberty.

must be played at the outside liberty.

captures the two white stones. With

the throw in is no longer a problem. 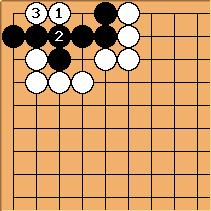 Second variation, Black connects and White can almost fill the eyespace with three in a row. Black is dead. 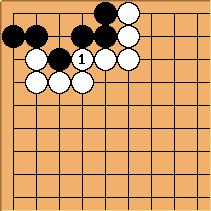 Why doesn't this work?

Tas: because that allows black to create a straight four, which is alive. 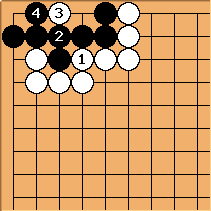 And then Black plays on the other vital point. This is a miai for life, where black can play at either 3 or 4 if white plays at the other one.