We are discussing this position: 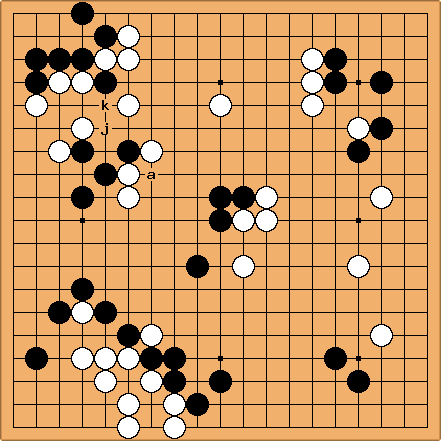 Dave: (...) Unfortunately I think that the 73/74 exchange (Black j, White k in the real game) creates some serious shortage of liberties problems for us black sheepers . I was hoping for the direct cut at a instead. Since the cut is still an important issue we can leave it for now but perhaps come back later to analyze how it would have gone.

dnerra: My intention was the following sequence: 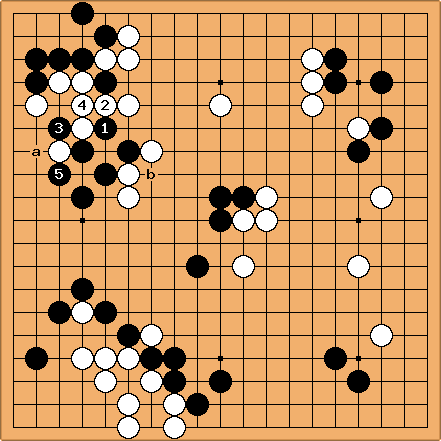 Now if White saves his stone at a, Black can still cut at b -- I think. If White instead protects against the cut, than Black a is very big. 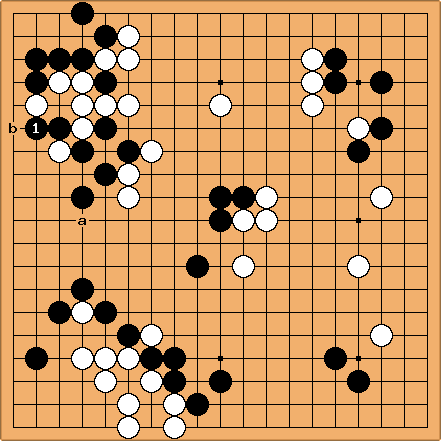 Charles Oh, I assumed that Black was aiming at

here, which connects under, though with bad aji. (For example, White at a.)

of dnerra's diagram - too slow.

I may have assumed that, but White at b prevents the connection. 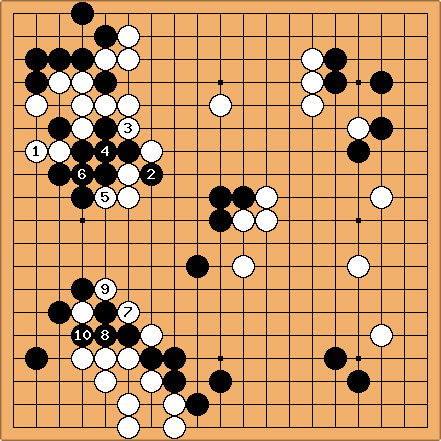 Dave It seems to me that White even has time to descend. If Black tries to cut... 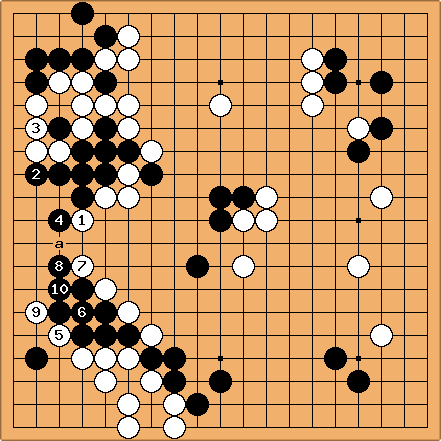 Dave What happens after White plays at a? 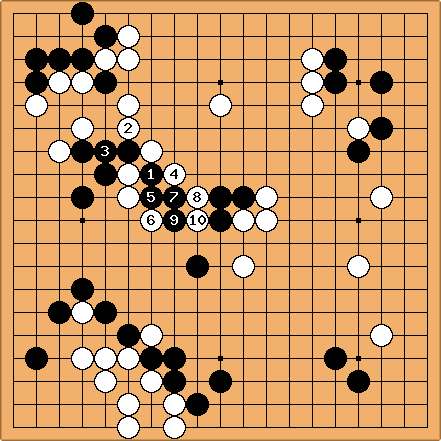 Charles One line to assess after Dave's preferred immediate cut is this - exciting enough? It's a driving tesuji operation. 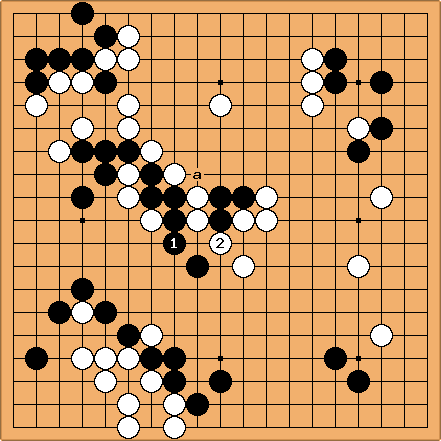 at a. But isn't White going to become thick in the centre? 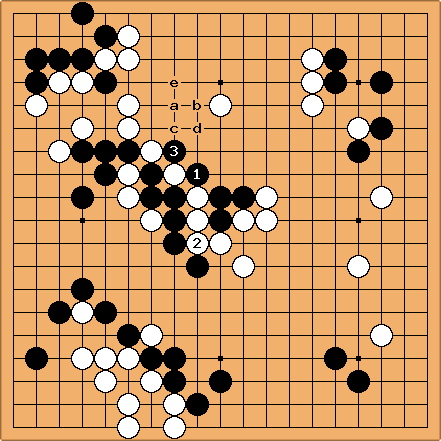 Dave White certainly is strengthened on the center right. But the aji is bad toward the top unless White adds a move. So who is better here?

Charles Black, unless White finds an aggressive continuation. The aji would be Black at a or at b. White could hope to deal with Black a by White c, Black d, White e. I'd hope White would play tenuki here and start trouble elsewhere. 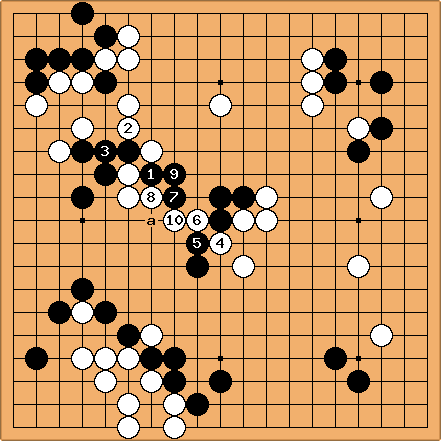 It seems more subtle to cut first with

, but that fails (now Black at a, and White has no answer). 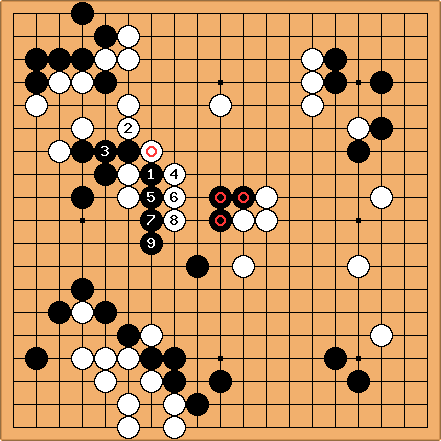 Actually this way of pushing straight in is also interesting for White, if she wants to trade

is the reasonable way to play; but now it is clear Black may get cut. 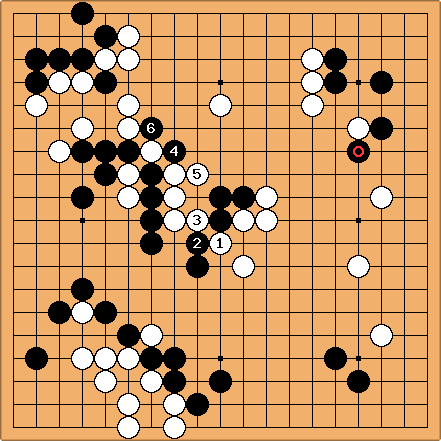 Dave: The immediate cut leads to something like this because White's cutting stones have to give way with

, because of a shortage of liberties. Now White has to consider how to protect the top without letting the center Black stones escape towards

. This is a complex position for both sides, I think. 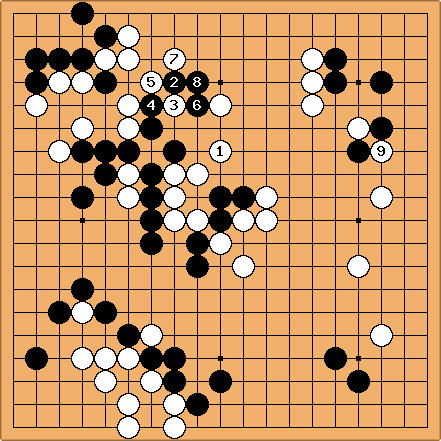 Charles Yes, all the toughest lines in this game occur in the variations. If

to redress the balance in the game. So this looks to me less favourable for White than the driving line. But in a sense this is White playing more consistently, too. It's going to come down to what White can achieve in the upper right.