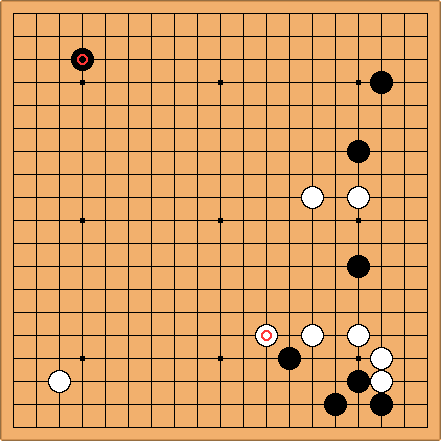 Tapir: This is from a KGS blitz game. I'm playing white. Black played tenuki with the marked stone, i felt upset somehow, and tried to be creative. I like the result in the game... Reasoning: Trying to get ahead, not pushing on the fourth line, playing more active against the lone right stone. I'm aware it is shapewise equivalent to tenuki on a peep... What do you think? 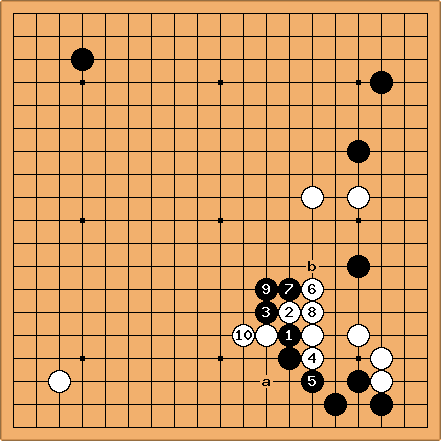 is a mistake. If black descends instead of playing hane,

is not sente, and black can play b instead of a, which would be severe.

and the sequence that follows, the result is quite brilliant for white