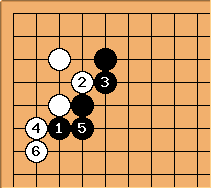 as the staircase. This is White's plan of preference when Black has a stone already in place on the left side.

See discussion at 45103 enclosure, and comments below.

Naive kyu question: what if

when the ladder is bad for black? 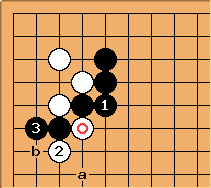 hhw: Did you mean something like this in the original question? White doesn't look too good, maybe can play b instead of a with the ladder. 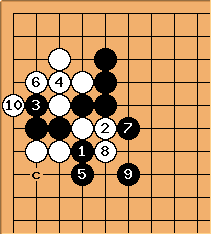 hhw: Continuing with b from last diagram, White captures some stones, but Black's wall is solid and can still play at c to seal off the bottom. 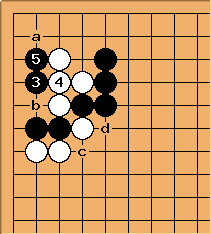 This was suggested to me. Now a loses two stones (after c d, double ladder - now comes the ladder for B!) and b loses the corner.