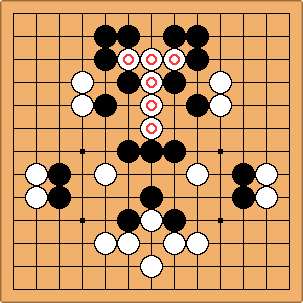 This is a capture problem and first variant was composed by Marcel Crasmaru and used in his Master Thesis to simplify Robson's proof that GO is EXP-time hard (see Complexity of Go), linked here from John Tromp

I tried several variations, but all of them seem to fail. Am I overlooking something obvious, or is the problem composed wrongly? 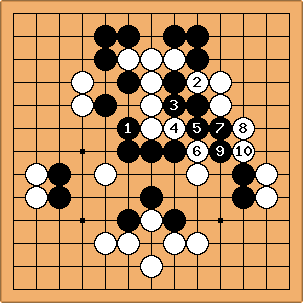 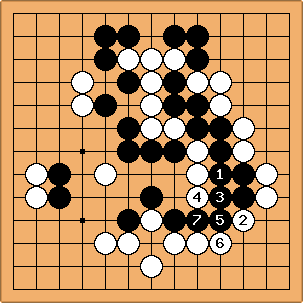 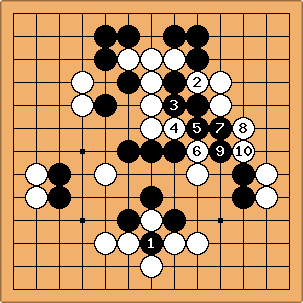 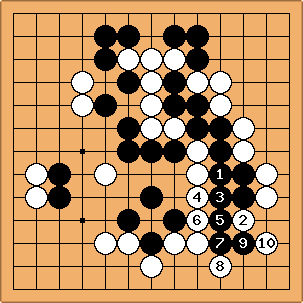 The second attempt - capturing the ko - fails as well, as the ladder cannot be avoided.

I overlooked this ladder; I should've put the stones on a larger board... -John 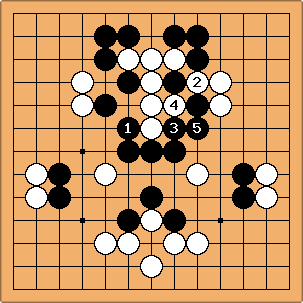 seems forced there is nothing to stop White from making eyes.

blubb: Funnily, I came to the attempts above in exactly the same order (while temporarily ignoring yours). The problem somehow looks to me as if the ko capture should be the solution but the creator missed the alternative ladder (which works regardless of the ataried white stone). On the other hand, John is a careful thinker, so all in all ... no clue. 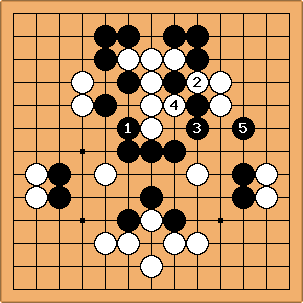 Here's another idea - I can't quite see what it ends up like.