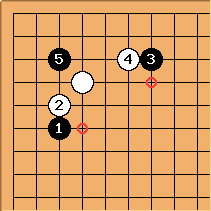 Tas: In a recent game (i played white) my opponent aproched my 44-stone two times like this before invading at the 33-point. How should i have continued? Can the 33-stone be killed?

Gronk: Below, tderz gives some example continuations and suggestions. I think some more general points are worth making.

Tas: I did get outside influence while black lived small in the corner, and had som side territory. 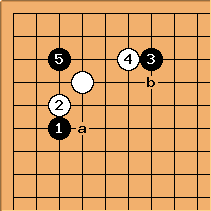 tderz: Without going into details here, there will always be a trade-off between "inner territory" vs. "outside influence".

Black neglected twice to do the reinforcing tachis a and b.
Simply by playing them himself; White gives Black again the chance to do something about that.

If Black choses to live and White got the outside moves,
White is better off with this premature invasion than with a normal 3-3 invasion without these approach moves, because Black played out the all aji in that area. 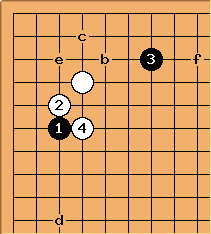 was a little strange, white could have gripped

or play at b.
I would not worry so much about a low black c as white takes a wide d or so. The

-c extension is low and White can still play e or check with f.
White has safer positions than Black. 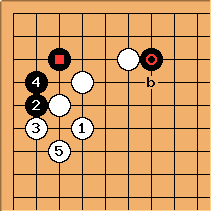 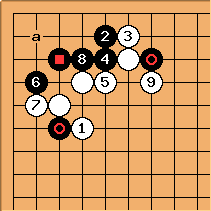 tderz: White is very strong on the outside.
Strategically, both

are dead and completely useless now.

is necessary due to white's threat to kill a.

The normal trade-off with

cannot be bad for White. 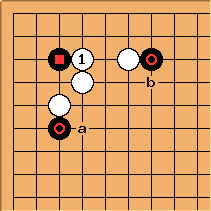 will be used twice by Black to overconcentrate White 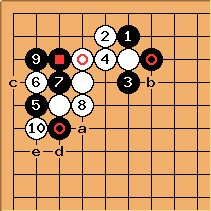 tderz: Black captures with c,
but how should white control

White is not satisfied.