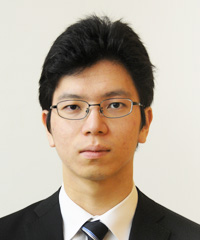 Adachi was the pupil of Komatsu Hideki 9p. This information was included in the original version of the article, which created on 17 October 2010, at which time he would've been 19.

In 2016, he reached the main tournament of the 64th Oza. In the same year, 2016, he won a Kido Prize for achieving the year's longest winning streak, which was 15 games.

upset victory over Iyama Yuta in the second round of the 69th Judan. Iyama is the five time former holder of the title, having won it in 2011, -12, -16, -17 and -18 (making him, perhaps, Honorary Judan). Adachi continued by beating the less imposing Otake Yu and entered the semifinal, where he was knocked out by Yo Seiki. Yo Seiki ended up winning the right to challenge Kyo Kagen for the title in 2022.

hits on Go to Everyone!

[1] Wikipedia says that the French form of his name is Adashi, but the French Wikipedia uses Adachi. GoKifu calls him Toashimasa, which is especially odd since the O is short. In fact, all the vowels are short.