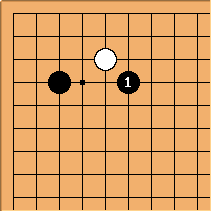 in response to white's low approach is a hamete and is referred to as the Drooping Lotus. It's one of the oldest named hametes in go. If White responds correctly, Black's result is slightly inferior. 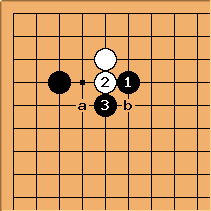 is the obvious response. After 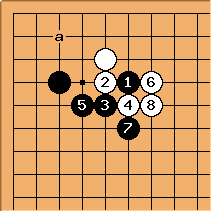 The normal continuation sees both players getting influence. Black keeps sente, but white's shape is somewhat thicker than black's shape. This is considered slightly better for white.

Later, a is large.

Falling for the trick 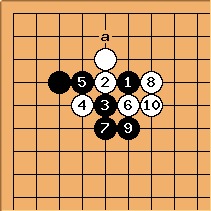 If white cuts with

, both players have influence, like in the correct continuation, but black's shape is thicker here. Also, due to the liberty filled by

, black now has a tesuji at a to claim a big corner. 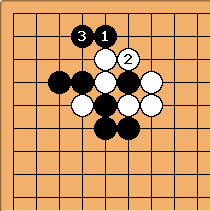 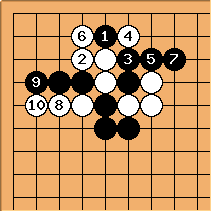 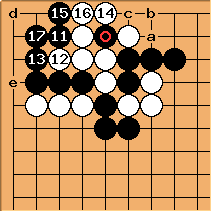 , white has four liberties (at a, b to approach, c to atari,

to capture), so white cannot play d to kill as she will lose the semeai.

White can continue with e, but that also does not work. 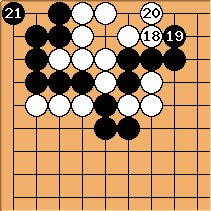 White has little choice but to live and ends up with too many problems.