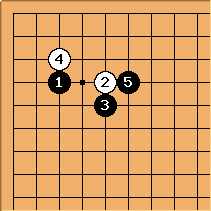 , Black chooses to go for influence towards the right. 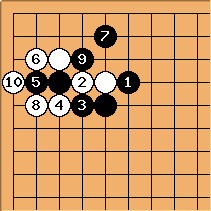 , this sequence, in which Black sacrifices two stones, is almost invariably played. 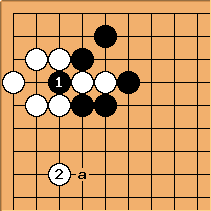 The joseki finishes with these moves. Black of course throws in at

to connect his stones, after which White extends to

or plays tenuki. Depending on the position,

is sometimes played at a instead. Neither side is in a hurry to capture the stones that are in atari: those are not worth much at the moment. 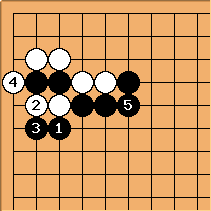 Although the two black stones are intended to be sacrificed, Black should not hurriedly do so with

in this diagram. Black does build some thickness, but his shape is not impressive, and he also ends in gote. 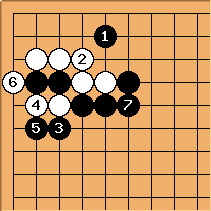 . If White answers at

, Black is now satisfied with playing the sacrifice manoeuvre of

is a very large plus for Black. To avoid this result, White takes away a liberty from the black stones, which results in the joseki sequence. 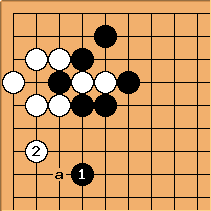 As said, White often switches elsewhere rather than playing at a (or

). One option which is available for Black is to push from above with

, forcing White into a low position with 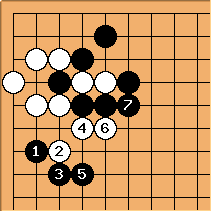 Alternatively, Black could attack with

, forcing White to walk out in awful shape.